The U.S. Navy now has two aircraft carriers operating near the Korean Peninsula and they are joined by ships from the Japan Maritime Self Defence Force (JMSDF).

USS Carl Vinson spent the last month off the coast of South Korea while the USS Ronald Reagan just started its patrol departing its forward-deployed base of Yokosuka, Japan, on May 16.

According to USNI News, this is the first time the U.S. Navy is operating two aircraft carriers in tandem off the Korean Peninsula since the 1990s.

A third aircraft carrier, the USS Nimitz, is also deploying its Naval Station Kitsap-Bremerton homeport and several reports have indicated that the U.S. might have three aircraft carriers operating together.

The USS Nimitz is likely to replace the USS Carl Vinson which already saw its deployment prolonged by a month in April this year. While it is common for aircraft carriers to operate together in the same region, it is unlikely the U.S. Navy will have three carriers operating simultaneously, in the same place. Commenting on the reports, a navy official told VOA News that the navy does not “expect all three to be in the Western Pacific at the same time” noting however that “we [U.S. Navy] are ultimately flexible.”

China’s ministry of foreign affairs has expressed concern over the operations during a press conference on May 31.

“We have noted the relevant report as well as the development of the situation. We have all been following how the situation on the Korean Peninsula evolves over the recent period of time, and hoping that tensions can be lowered, and that the nuclear issue of the Korean Peninsula can be brought back to the track of dialogue and consultation as soon as possible,” Foreign Ministry Spokesperson Hua Chunying commented.

“The situation on the Peninsula is highly complex and sensitive. There is a window of opportunity for us to bring the nuclear issue back to the right track of dialogue and consultation. In this connection, we hope that all relevant parties would exercise restraint and do more to ease the tension and build up mutual trust, rather than provoke each other and escalate the tension.” 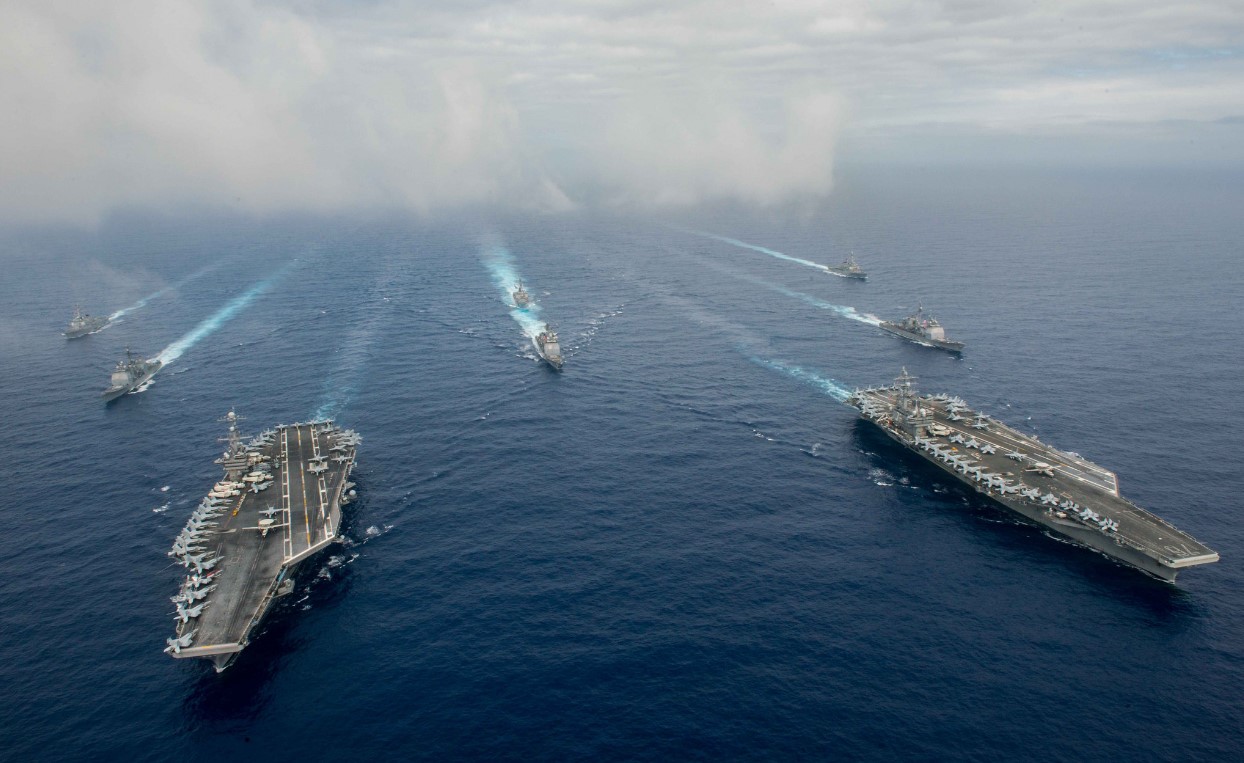