The French Navy’s newest FREMM frigate FS Auvergne started her maiden operational deployment as she set sail from homeport in Toulon on August 18.

The frigate will spend the next four months operating in the Indian Ocean where she will be put through her paces by her crew.

An NH90 helicopter will be embarked on the frigate during the deployment.

FS Auvergne and her crew started preparations for this deployment exactly a year ago. The frigate was built by DCNS (now Naval Group), launched in September 2015 and started sea trials in September 2016.

Auvergne is the fourth anti-submarine warfare (ASW) variant of the FREMM multi-mission frigates. The French Navy has a total of eight frigates in the class on order, six ASW and two anti-air warfare variants.

The 142-meter long ships are equipped with the Aster and Exocet MM 40 missiles and the MU 90 torpedoes. They can reach maximum speeds of 27 knots and have a range of 6,000 miles at a speed of 15 knots. The ships can be operated by a crew of 108, with the helicopter detachment included.

FREMM frigates are built within the international Italian-French program, coordinated by OCCAR (the Organisation for Joint Armament Cooperation).

Italy will build ten ships in the class, four anti-submarine variants and six general-purpose variants, while France is yet to make a definite decision on the number of frigates. France initially intended to build 17 FREMM frigates but later cut the number to 11. In 2015, the country announced it would cut the number of FREMMs to 8 in order to be able to budget the new FTI Mid-Size frigates from 2023. 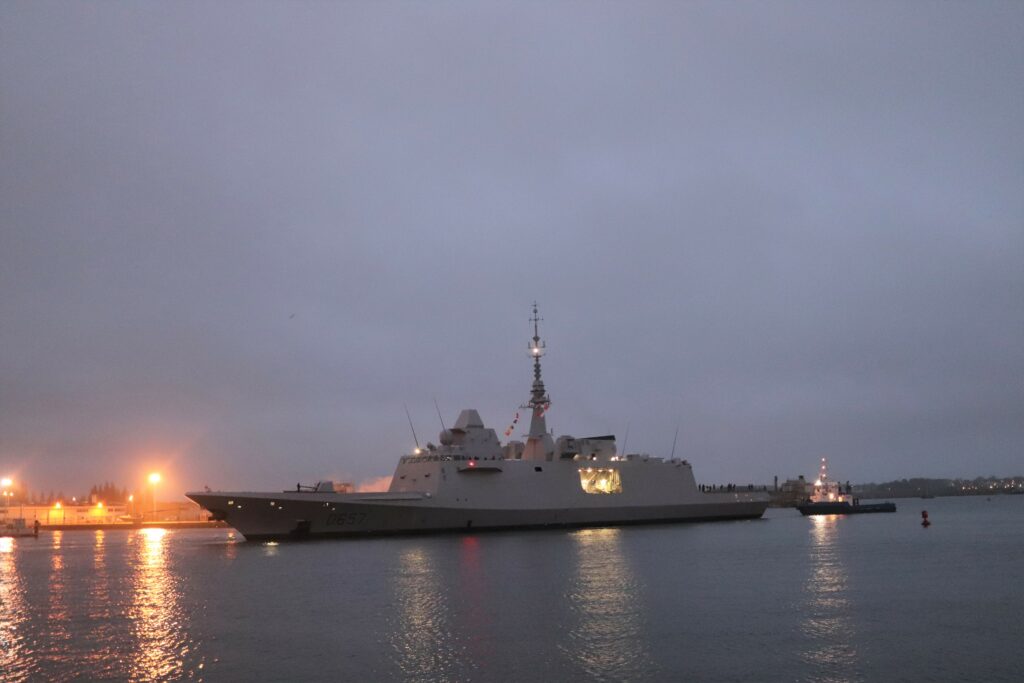