Whilst the second to be named, HMS Belfast is Ship 3 in the Type 26 programme. Ship 1 is called HMS Glasgow and Ship 2 is yet to be named.

The future HMS Belfast will be carrying on the name of former light cruiser HMS Belfast (C35) which fought in WW2 and Korea.

Belfast is now a museum ship in the Pool of London, as part of Imperial War Museums, and is permitted to fly the Royal Navy’s White Ensign.

All eight Type 26 frigates to be built for the Royal Navy will be referred to as the City-class.

“As an island nation, we are utterly dependant on the sea for our security and prosperity,” Admiral Sir Philip Jones, First Sea Lord, said in July this year, when he announced the lead ship in the class. “The City-class confirms the historic bond between the Royal Navy’s fighting ships and our great centres of commerce and industry.”

The Type 26 frigates are 60ft longer and 2,000 tonnes heavier than their predecessors, equipped with bow and towed array sonar, Sea Ceptor air defence missiles and a 5in main gun.

The ships are also equipped with a mission bay for plug-in containers carrying equipment for specific tasks, such as disaster relief, and a flight deck big enough to take a Chinook – though the Fleet Air Arm’s Merlin and Wildcat helicopters will be more common.

Three ships in the class are currently on order under a £3.7 billion contract between the UK defense ministry and BAE Systems. 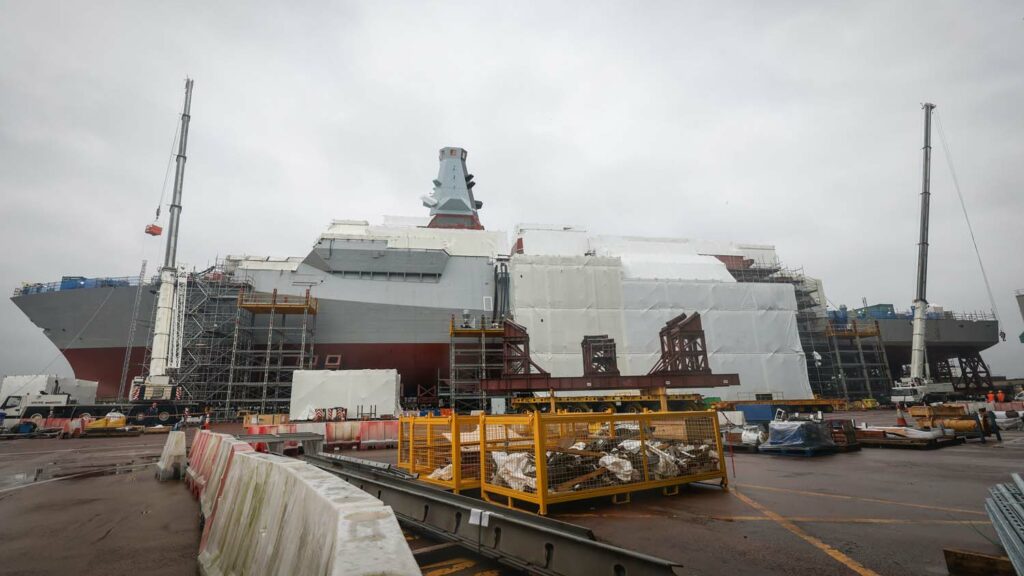