Under the operational control of US 3rd Fleet, Rushmore departed San Diego August 14 to begin its transit to the South Pacific to conduct maritime security operations. In a joint effort with the US Coast Guard Law Enforcement Detachment (LEDET) 401, Rushmore supported OMSI to combat transnational crimes, enforce fisheries laws in Oceania.

The US Coast Guard is responsible for patrolling the waters around numerous islands associated with the United States throughout the region. Each of these islands has territorial waters stretching out to 12 miles from shore.

Beyond that, stretching out to 200 nautical miles is an Exclusive Economic Zone, an area defined by international law that allows each nation exclusive rights to the exploration and use of marine resources. Oceania contains 43 percent, or approximately 1.3 million square miles, of United States’ EEZs.

OMSI is a secretary of defense program aimed to diminish transnational illegal activity on the high seas in the Pacific Island Nations of Oceania’s Exclusive Economic Zones (EEZ) and to enhance regional security and inoperability with partner nations.

“I am extremely proud of the ship and its crew,” said Cmdr. John Ryan, Rushmore commanding officer. “This is Rushmore’s first OMSI mission and the crew worked very hard to prepare and when called upon to perform, they executed every mission tasked to them flawlessly. Their loved ones should be proud of the work they have done over these past two months and the Rushmore team is excited to return home to our families and friends.” 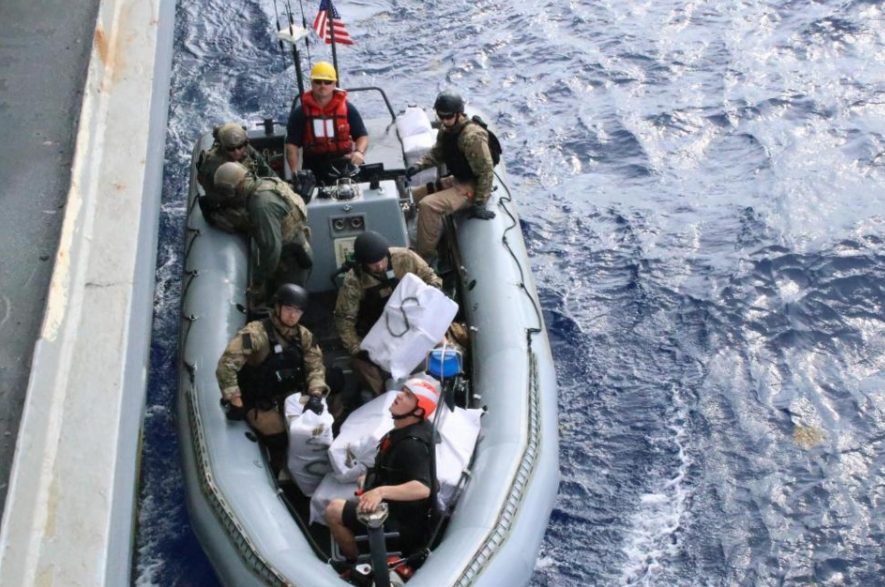