The shipbuilder said commissioning of all onboard systems began in early September and the ship is expected to start its sea trials on November 16, 2017, prior to achieving full operational capability.

Over 900 Canadian companies have contributed to the build of the ship, including the supply of key military-specified equipment such as its Integrated Navigational and Tactical System (INTS), its NATO-compliant Replenishment-At-Sea (RAS) systems and its naval Integrated Platform Management System (IPMS), Dawie Shipbuilding said.

Alex Vicefield, Chairman of Davie Shipbuilding, commented, “The delivery of this ship has clearly demonstrated that there is a Canadian shipyard capable of delivering complex naval platforms on time, to budget and at internationally competitive prices. In the knowledge that the Royal Canadian Navy needed this ship urgently, our 1,400 staff have worked day and night to ensure that it is not only delivered on time but that it is of a quality that will be able to serve Canada proudly for decades to come.

The Asterix is a 182.5 meters long vessel capable of transporting up to 7000 tonnes of fuel at speeds of up to 25 knots.

It features two cranes allowing the loading and unloading of containers which are accessible at sea, a helicopter deck, two hangars for helicopters, a hospital able to accommodate 60 patients and kitchens able to feed 1,000 people.

The ship has been privately financed by Davie and will be leased to the Canadian government while the Federal Fleet Services, a Davie sister company, will operate the ship with a mixed crew of merchant seafarers and Royal Canadian Navy personnel. 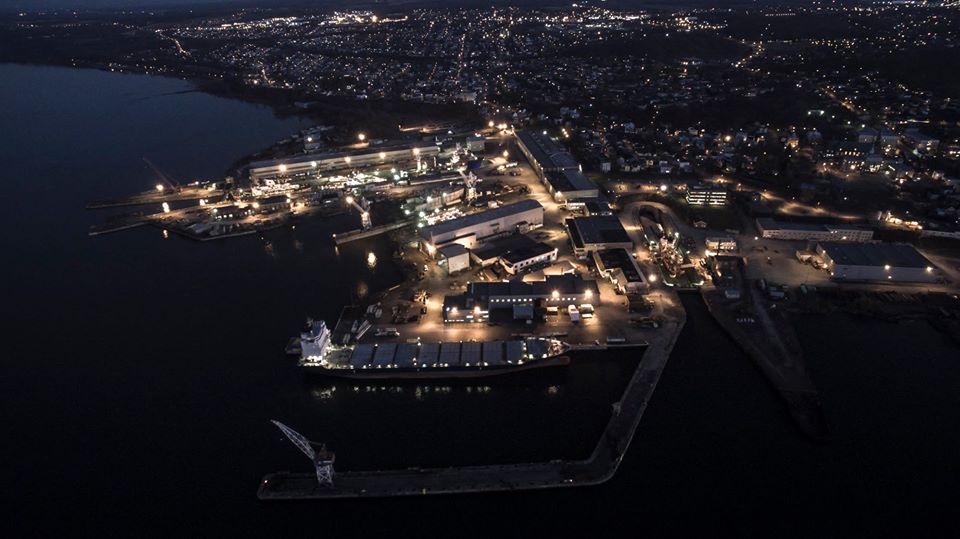