Several UK and international reports said the UK defense ministry is considering selling a number of its frigates and two amphibious ships to the navies of Brazil and Chile.

Previous reports indicated that the two Albion-class landing platform docks were likely to be sold due to the UK defense ministry’s funding gap.

Previously unreported were talks of the possible sale of two or three Type 23 frigates.

According to IHS Jane’s Navy International, officials in Brazil and Chile said they had been notified of the potential availability of Royal Navy frigates and amphibious ships.

The defense ministry has denied any talks with either Brazil or Chile regarding possible frigate sales, a report in The Times said adding that insiders noted options to sell up to three frigates were still being considered.

The UK defense ministry has already started cutting costs by reducing the Royal Navy fleet. Currently, the amphibious assault ship HMS Ocean is on its final deployment before being decommissioned and sold. The ship’s reported price tag is around £80 million.

Mine hunters HMS Atherstone and HMS Quorn were scrapped last month, according to The Times. Other cost cutting means considered include a reduction in numbers of soldiers and Royal Marines and equipment funding. 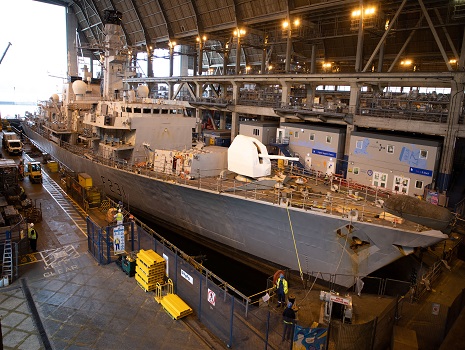