During this phase, the ship’s hull, propulsion and navigation systems will be tested.

The initial trial phase, which will occur over the coming months, will be followed by a more advanced phase of sea trials next year to test the ship’s combat and communications systems, according to the navy.

Minister for Defence Industry, the Hon Christopher Pyne MP, said the milestone was a further demonstration of industry’s role as a fundamental input into capability for defence.

“Over the past decade, more than 5,000 people from across the Department of Defence, ASC, Raytheon Australia and Navantia have dedicated millions of hours of effort to the Air Warfare Destroyer program,” Minister Pyne said.

“Through the Air Warfare Destroyer program, we have created a local workforce with specialist shipbuilding and complex systems integration skills that will form the foundation for future shipbuilding projects in Australia,” he added.

Brisbane will provide air defense for accompanying ships in addition to land forces and infrastructure in coastal areas, for self-protection against missiles and aircraft.

The start of Brisbane’s sea trials phase follows the commissioning of HMAS Hobart in September 2017. The keel of Sydney, the third ship in the series, was laid down in November 2015.

The three Hobart class destroyers are being constructed by Air Warfare Destroyer Alliance. 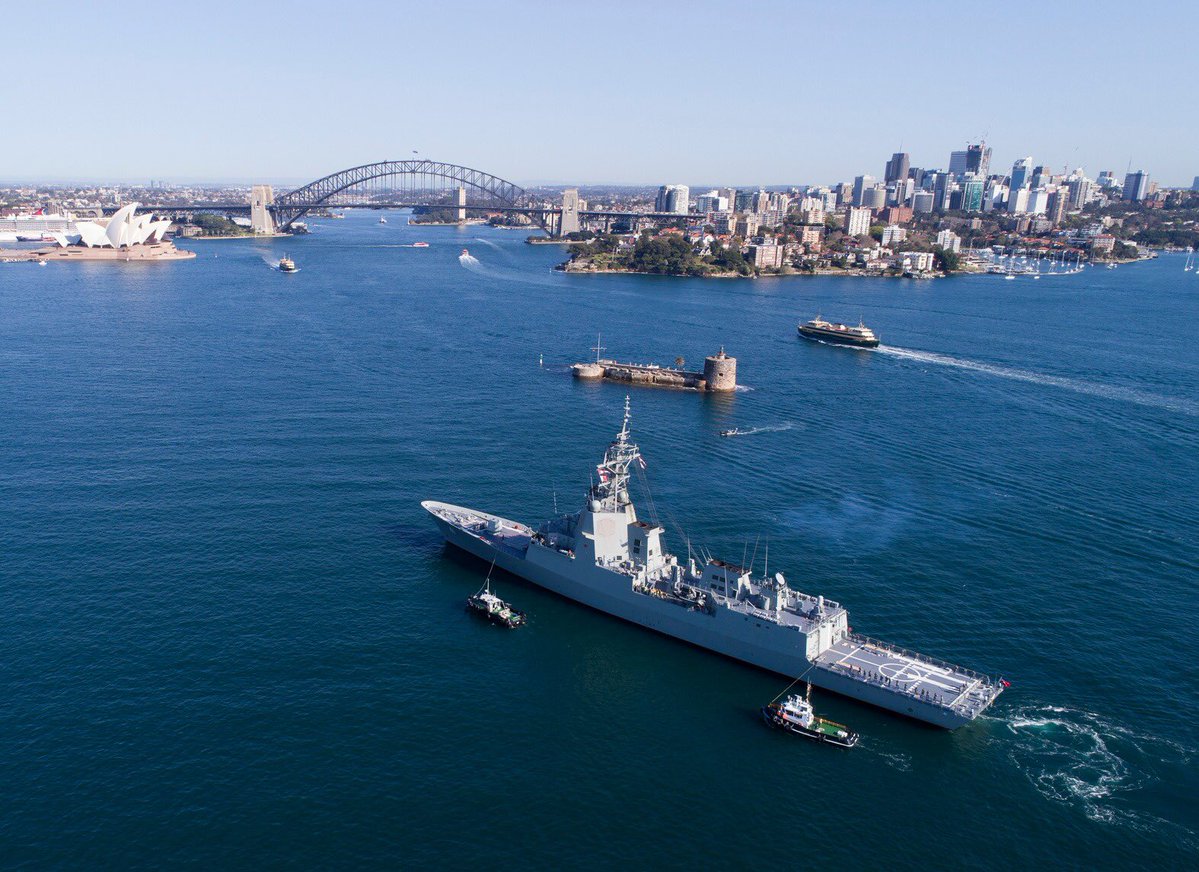