The ceremony which took place at the Boustead Naval Shipyard marks the official start of construction works.

The vessel is named KD Raja Mahadi and will bear pennant number 2503.

Also referred to as Second Generation Patrol Vessels, the six ships in the class are being built by Malaysian shipbuilder Boustead Holdings Berhad under a July 2014 contract with the Malaysian defense ministry.

The country’s first littoral combat ship (LCS) was launched in a ceremony on August 24, this year.

The six frigates were designed by French DCNS (now Naval Group) as a modified, enlarged version of the company’s Gowind corvette design.

KD Raja Mahadi will be built under a modular concept in which several previously fabricated sections of the ship will be joined together to form a complete ship hull.

As the Royal Malaysian Navy’s prime surface combatants, the six ships in the class are set to carry the Kongsberg-built Naval Strike Missile, MBDA’s VL MICA missiles, a Bofors 57mm Mk3 gun in a stealth casing and an automated MSI Seahawk 30mm gun. For anti-submarine warfare, the ships will be fitted with J+S torpedo launcher systems, now delivered by UK-based company SEA. 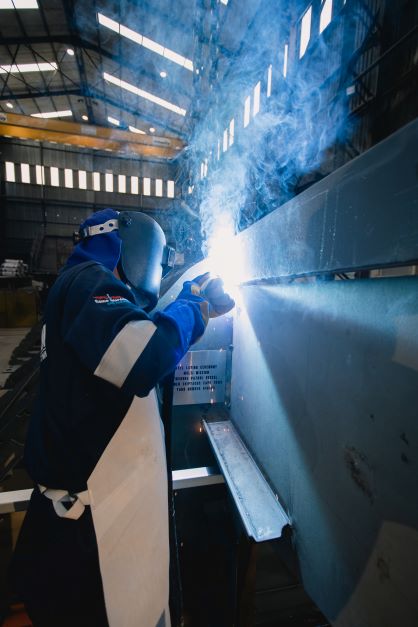