The joint venture team composed of UK defense contractor Babcock and Australia’s UGL has been awarded a new five year agreement for the maintenance of Royal Australian Navy’s Anzac-class frigates.

Under a contract worth around £115 million (AU$200 million), the Naval Ship Management (NSM) joint venture will be delivering engineering services to sustain the eight frigates, starting in January 2018.

The group maintenance contract is part of the long-term Australian Warship Asset Management Agreement (WAMA), a partnership between the Commonwealth of Australia, BAE Systems, SAAB, and Naval Ship Management (NSM) for the total asset management of the Anzac frigates through to the end of their life.

The agreement between the Commonwealth of Australia and NSM (AUST) was signed in May 2012 and was in full operation by October 2012.

NSM will undertake the planning, scheduling, management and execution of preventative and corrective maintenance for the Anzac fleet and its system support facilities on the East and West Coast of Australia.

“I am delighted that we have successfully achieved the next stage of the contract to look after Australia’s ANZAC fleet,” Babcock CEO Archie Bethel said. “Babcock has a long and successful history of working with the Australian Navy and we look forward to continuing that relationship over the next 14 years.” 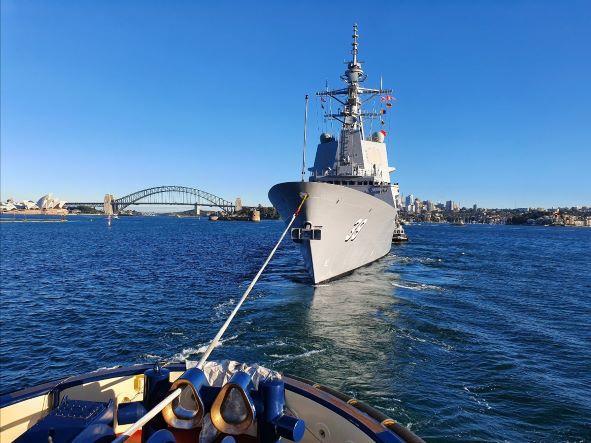