The Royal Navy and residents of the Orkney Isles are set to mark the centenary of the sinking of two destroyers off South Ronaldsay in a snowstorm on January 12 1918.

Just one man survived when HMS Opal and Narborough ran aground when they were caught a snowstorm during a patrol.

One hundred years to the day of the tragedy, Orcadians and representatives of today’s Royal Navy will pay their respects with a wreath-laying ceremony at the destroyers’ monument in Windwick Bay, before a memorial event and presentation in a public hall at St Margaret’s Hope.

The islands served as the principal front-line base for the Royal Navy in both wars with Germany, with the natural harbour at Scapa Flow an ideal anchorage for capital ships.

The Germans tried to disrupt operations either by laying mines – such as those which sank the cruiser HMS Hampshire, carrying war leader Lord Kitchener in June 1916 – or dispatching U-boats.

It fell to smaller ships like Opal and Narborough to patrol the waters and hunt down any minelayers or submarines.

The weather on January 12, 1918, was so bad that the destroyers were ordered back to base for fear of being swamped.

Instead, they ran into the rocks in near-zero visibility. Some of the Opal’s crew were washed overboard, others were trapped in cabins and compartments unable to escape before the ship broke in two.

Gunner AB William Sissons managed to swim ashore and sheltered from the elements in a crevice. He almost managed to scale the cliff and reach safety, but fell back down through exhaustion and numbness.

He was finally rescued by a trawler after about 36 hours, having kept himself alive on a diet of shellfish and snow.

As for the Narborough, she struck the rocks at speed and heeled over. No man escaped her.

“The tragedy that claimed the lives of the crews of HMS Opal and Narborough is a reminder that the sea can be a dangerous place and not just with the threat of enemy action,” said Capt Chris Smith, RN Regional Commander for Scotland and Northern Ireland.

“We will once more be joining them in solemnly paying tribute to the men who lost their lives during the night of January 12 1918 and ensuring the names of all 188 men are remembered appropriately.” 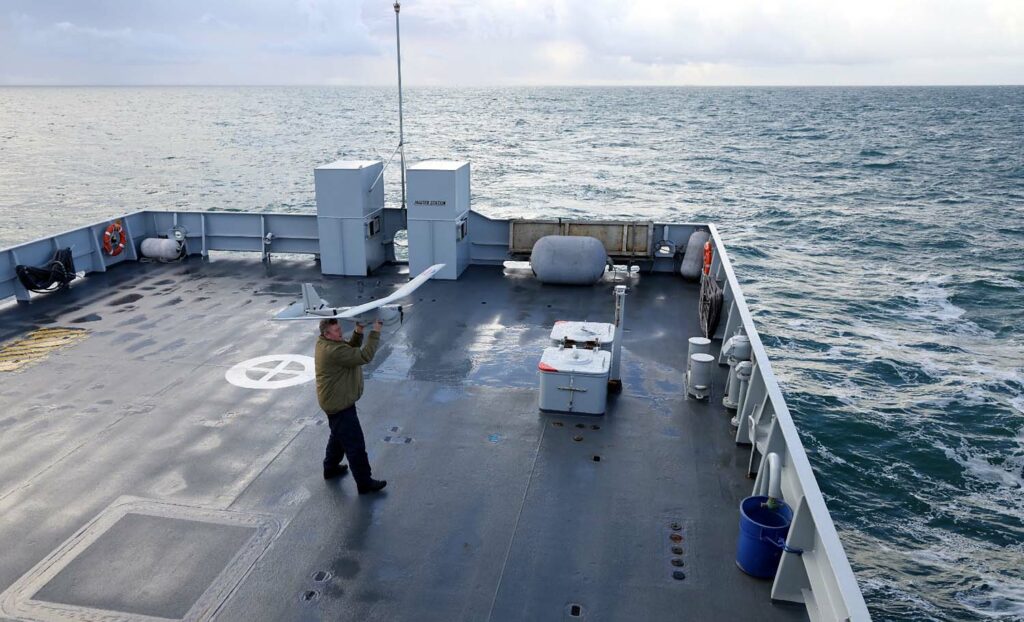