The US Navy’s Expeditionary Sea Base ship, future USNS Hershel “Woody” Williams (ESB 4), got underway from the General Dynamics NASSCO shipyard in San Diego, California, to start its first round of sea trials on January 17.

Hershel “Woody” Williams started construction in October 2015 and its keel was laid in August 2016. NASSCO launched the ship exactly a year later in August 2017.

The ship was christened on October 21.

Named after retired US Marine and Medal of Honor recipient, Hershel Woodrow “Woody” Williams, the 784-foot-long ship will serve as a flexible platform to support a variety of missions, including mine countermeasures, counter-piracy operations, maritime security and humanitarian missions.

Once commissioned, the ship will provide for accommodations for up to 250 personnel, a 52,000-square-foot flight deck, fuel and equipment storage, and will also support MH-53 and MH-60 helicopters with an option to support MV-22 tilt-rotor aircraft. The ship is expected to be completed in the first quarter of 2018.

Hershel “Woody” Williams’s predecessor, the USS Lewis B. Puller (ESB 3), was recommissioned from a Military Sealift Command ship to a full-blown warship in Bahrain in August 2017.

In addition to USNS Hershel “Woody” Williams (ESB 4), a fifth ship as part of the program is under construction at NASSCO. 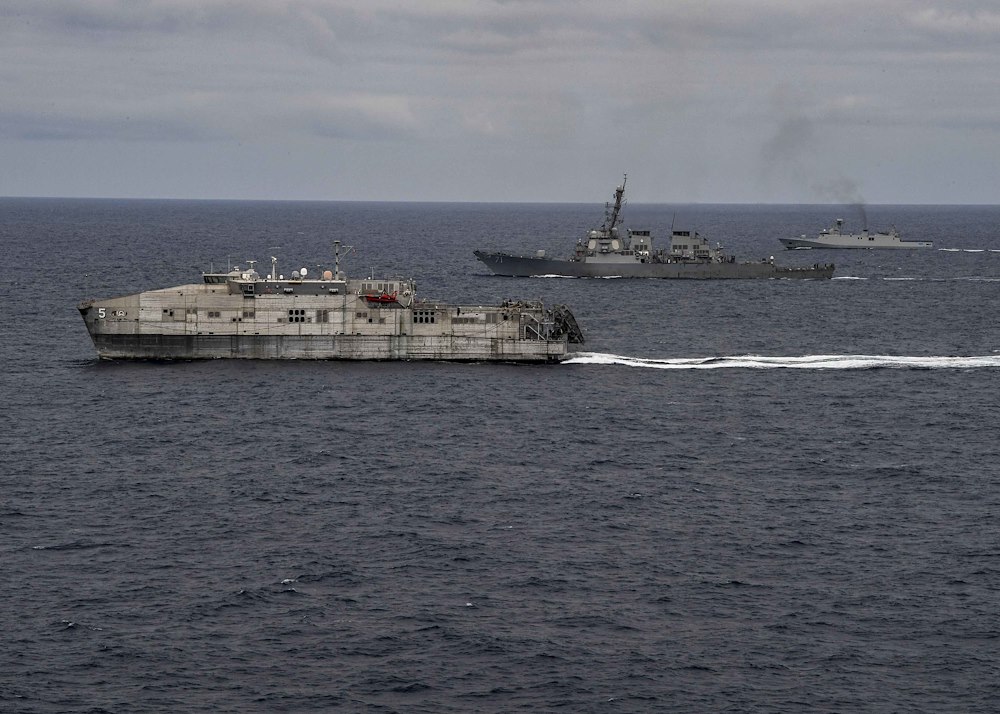