Turkish defense contractor STM announced it has been awarded a contract to modernize a second Pakistan Navy Agosta 90B submarine.

The contract for the modernization of the first submarine in the class was signed in June 2016, after Pakistan selected STM over the submarines’ original builder Naval Group.

According to STM, the latest contract contains options for the upgrade of the third and final submarine in Pakistan Navy’s Agosta 90B fleet.

The three Agosta 90B diesel electric submarines are an improved version of the initial two Agosta’s acquired by Pakistan between 1979 and 1980.

PNS Khalid (S137), the first modernized submarine was built in France and completed in 1999. PNS Saad and PNS Hamza joined the Pakistani Navy by 2008.

STM expects works on the first submarine to be completed by 2020 with the second boat following suit one year later. Modernization and upgrades will be carried out at a Karachi-based shipyard of the Pakistan Navy.

The project represents the first time a Turkish company has been selected as the prime contractor for a submarine modernization project conducted overseas. In the scope of the project, STM will be exporting its design and engineering services for the very first time.

In addition to the design, engineering and procurement activities to be carried out as part of the project, STM will also provide integrated logistic support and training services to different units of the Pakistan Navy. The modernisation works will include the replacement of the submarine’s entire sonar suite, periscope systems, command and control system, radar and electronic support systems. Havelsan- and Aselsan-made systems will also be exported as part of the project.

Under the project, STM will make modifications on the pressure hull, the most critical structure in a submarine, by carrying out system-to-system and platform-to-system integrations for various systems, to be provided by local and foreign companies.

In addition to the submarine contract, STM was also contracted to design and construct a fleet tanker for the Pakistan Navy, which was Turkey’s single largest export ever in the field of military ships. The ship was launched in August 2016 and tests and trial activities for the ship are underway, according to the company.

In May 2017, Turkey and Pakistan signed a letter of intent under which Turkey would deliver four Ada-class corvettes to the Pakistan Navy while Pakistan would deliver its Super Mushshak training planes built by Pakistan Aeronautical Complex – Kamra. The Mushshak aircraft would replace the T-41 and SF-260 planes currently used by Turkey.

The 99.5-meter ADA class corvettes that are in service with the Turkish Navy are anti-submarine warfare (ASW) oriented vessels designed to embark ASW/ASUW helicopters and fitted with Harpoon missiles and a 76 mm gun.

According to an announcement from the Turkish Defence Industries Undersecretariat (SSM), the deal was expected to be finalized on June 30, 2017, but a formal announcement is yet to be made. 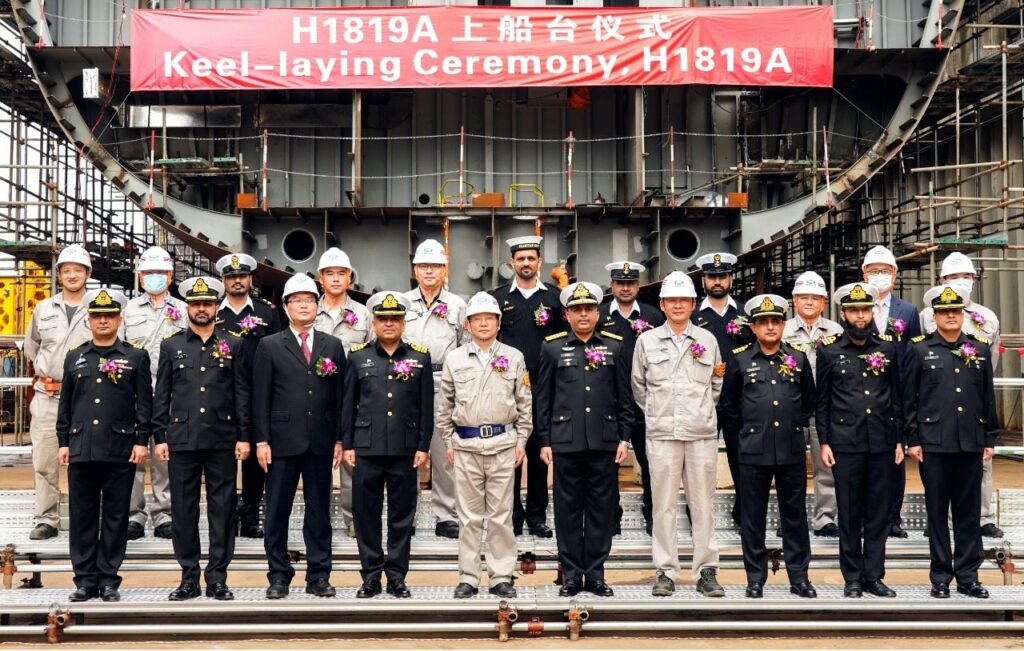