US Navy amphibious assault ship USS Wasp (LHD 1) got underway from her new homeport in Sasebo, Japan, to complete a pre-deployment readiness assessment before switching to operations as part of the ship’s first patrol in the Indo-Pacific region.

Wasp is undergoing a Naval Surface Forces-led ready for sea assessment (RFSA), led by the Type Commander (TYCOM) material inspection team, which evaluates the material condition of installed and portable equipment throughout the ship, as well as the crew’s overall ability to operate safely at sea.

“What the crew of this ship has accomplished given the rigorous schedule of the ship is really amazing,” said Wasp Command Master Chief Rudy Johnson II, who took over as Wasp’s senior enlisted sailor approximately a month and a half prior. “I am incredibly proud of the consistent ‘can-do’ attitude which emanates from these sailors, and am very excited about the upcoming successes of this patrol.”

Wasp made history on March 5 as a detachment of F-35B Lightning II’s with Fighter Attack Squadron 121 (VMFA-121) arrived aboard the amphibious assault ship USS Wasp (LHD 1), marking the first time the aircraft has deployed aboard a US Navy ship and with a Marine Expeditionary Unit in the Indo-Pacific.

The F-35B, assigned under the Okinawa-based 31st Marine Expeditionary Unit, will provide a set of sea-based capabilities that will enhance Navy-Marine Corps expeditionary operations.

“Pairing F-35B Lightning II’s with the Wasp represents one of the most significant leaps in warfighting capability for the Navy-Marine Corps team in our lifetime,” said Rear Adm. Brad Cooper, commander, Expeditionary Strike Group 7.

VMFA-121 Pilots are scheduled to conduct a series of qualification flights on Wasp over a multi-day period. Following qualifications, the F-35B’s and 2,300 Marines that make up the 31st MEU will deploy aboard ships of the Wasp Expeditionary Strike Group for follow-on operations in the Indo-Pacific region as part of a routine patrol to strengthen regional alliances, provide rapid-response capability, and advance the up-gunned ESG concept.

Wasp is forward-deployed to Sasebo as part of a defense department effort to place the most advanced capabilities in the Indo-Pacific. Wasp arrived in Sasebo Jan. 14 after a 28,400-mile journey from Norfolk, Va. that began in late August. The ship was diverted on the initial leg of her journey to assist in relief efforts following two hurricanes in the Caribbean.

Since arriving to Sasebo, the ship and crew have completed important maintenance and training, in addition to integrating into the local community.

The patrol is meant to enhance security and stability while building on partnership and alliances in the region. Wasp and other enabling capabilities set to deploy with her will serve to advance the U.S. Pacific Fleet’s Up-Gunned Expeditionary Strike Group (ESG) concept. 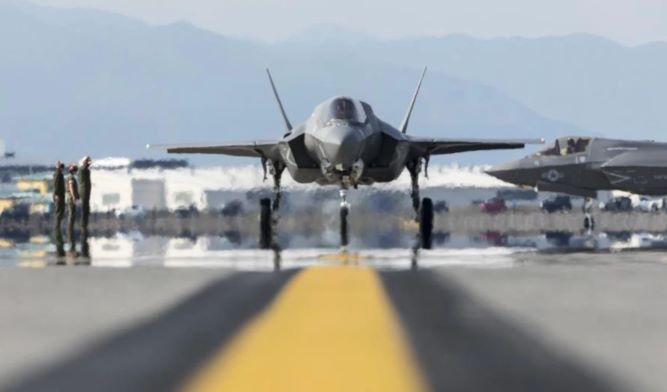