Two US Navy destroyers deployed as part of the Harry S. Truman Carrier Strike Group (HSTCSG) kicked off their 2018 deployment with a live-fire missile exercise.

“Beginning our deployment to the 6th Fleet area of responsibility with this complex exercise demonstrates that our weapons systems work, our sailors know how to employ them, and most significantly, that our strike group is ready to take on any missions we are called upon to perform,” said Rear Adm. Gene Black, HSTCSG commander.

Strike group ships conducted a number of drills and rehearsals prior to this event, including an integrated live-fire exercise during the strike group’s Group Sail in November. Each time, learning points were debriefed and lessons were incorporated to ensure the Combat Operations team was building expertise.

“Our surface ships face many threats, and our ability to provide combat power requires us to operate our weapons systems proficiently and promptly,” continued Black. “Each ship in our strike group brings formidable capabilities as a standalone combat force — but by integrating these assets as a carrier strike group, our power projection capability is unmatched.” 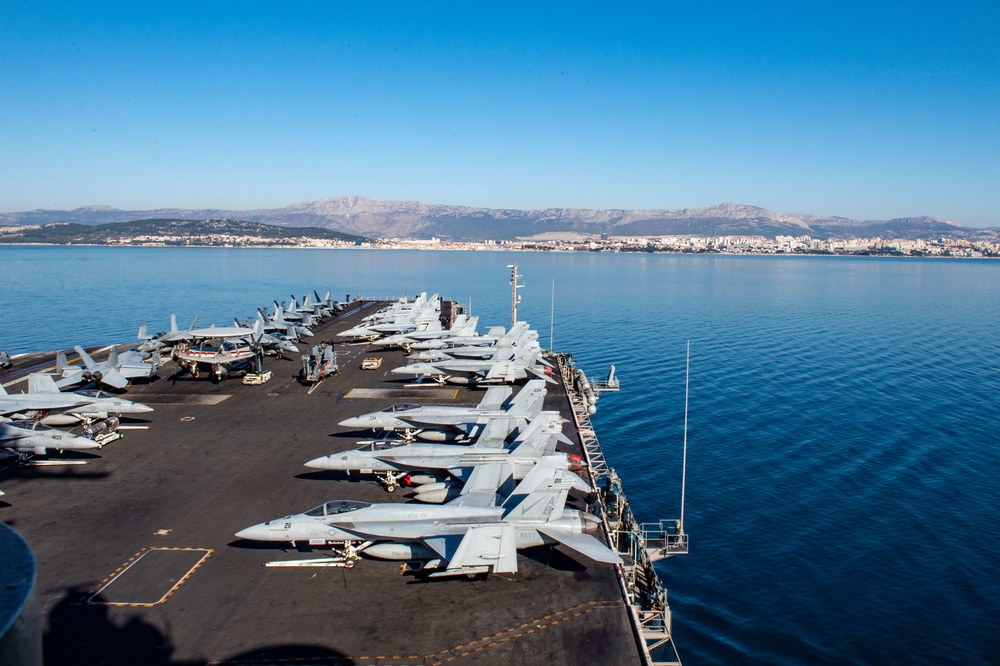