APKWS allows the F/A-18A-D to maintain a forward-firing, moving-target capability while increasing available ordnance per aircraft and provides a more efficient weapons match versus target sets currently seen in theater.

“This is an incredible weapons system that our most experienced pilots down to the newest pilots can effectively employ,” said Lt. Col Jon “TAG” Curtis, commanding officer of one of the F/A-18 squadrons.

The low-cost 2.75-inch rocket has a laser guidance kit that gives it precision-kill capability. It has ability to destroy targets while limiting collateral damage in close combat.

Curtis’ squadron received the new weapon system in February and completed ground training and in-flight training to ensure the weapon worked effectively. All of the weapons fired during training directly impacted the final aim point.

The team established a land-based integration program to expedite fielding with a limited employment envelope using a tailored approach in engineering, logistics, and contracting to deliver units to theater as quickly as possible. This effort supported on time training and operational employment of APKWS for the deploying squadron in OIR, exemplifying “Speed to the Fleet”, he said.

The F/A-18 is the second Navy fixed-wing platform to carry APKWS. It is also employed from the AV-8B as well as rotary-wing platforms including the UH-1Y, AH-1Z and MH-60S/R. 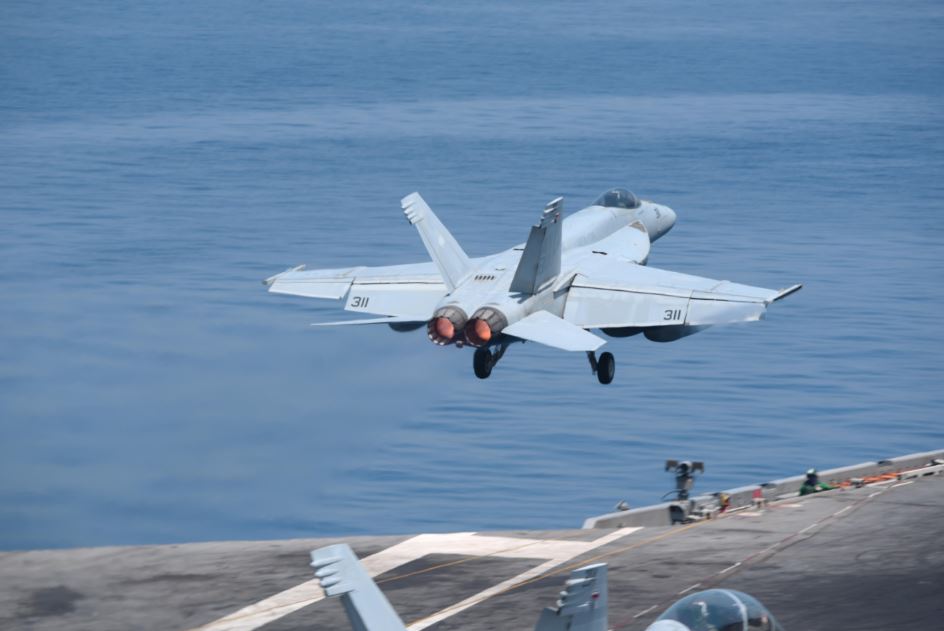 CAD issues discovered in some US Navy, US Marine Corps aircraft
Posted: 20 days ago
US Navy gets first next-gen jammer for its Growler
Posted: 6 days ago
GA-ASI to deliver eight MQ-9A extended range UAS to US Marine Corps
Posted: 29 days ago
Advertisement
Related news