Royal New Zealand Navy’s new fleet tanker will be equipped with the FarSounder-1000 forward-looking sonar, the sonar manufacturer has announced.

The company said the crew of New Zealand Navy’s biggest ship ever would benefit from real-time 3D data on what is ahead as the tanker navigates the seas.

FarSounder’s South Korean dealer, Oceantech Co., is the facilitator for this project responsible for delivering the FarSounder-1000 for installation. The vessel’s expected delivery date to its home port in New Plymouth is January 2020, with operations set to commence March 2021.

HMNZS Aotearoa has twice the displacement of its decommissioned predecessor HMNZS Endeavour and will carry 30 per cent more fuel.

HMNZS Aotearoa will also be a world-first naval “Environship”, with Hyundai using the Rolls-Royce Environship concept design under licence. The design incorporates a new wave-piercing hull, which reduces resistance and lowers fuel use, while its combined diesel electric and diesel propulsion plant has lower fuel emissions than older vessels.

The design and capabilities of HMNZS Aotearoa were announced by the Ministry of Defence in 2016. The $493 million price tag includes the tanker’s enhanced “winterisation” capabilities, such as ice-strengthening for operations in Antarctica, including resupplying McMurdo Station and Scott Base. HMNZS Endeavour was not Antarctic-capable. 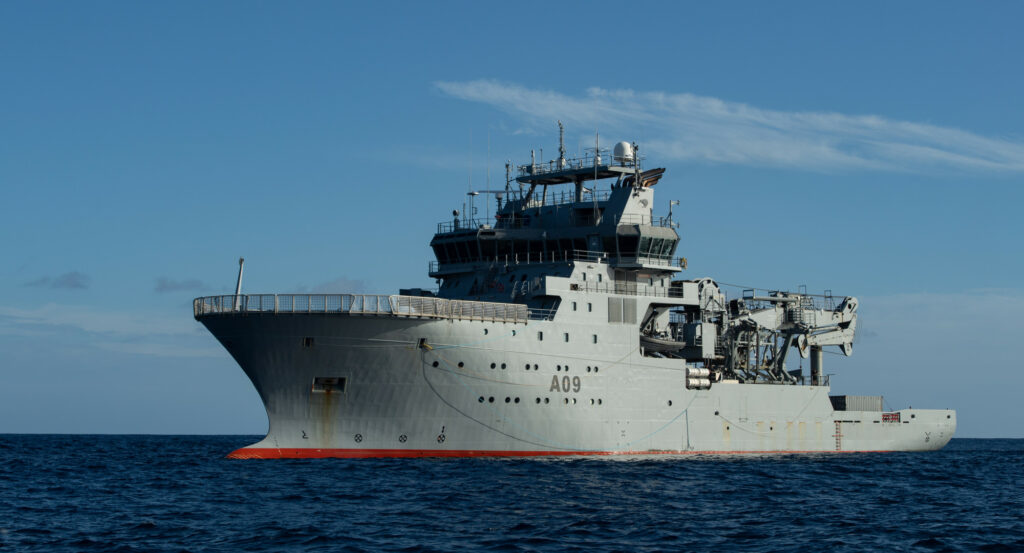