The amphibious assault ship USS Wasp (LHD 1) has wrapped up the inaugural patrol following its homeport shift to the US 7th Fleet area of operations earlier this year.

Wasp and other ships of the Wasp Expeditionary Strike Group (ESG) have been operating with the 31st Marine Expeditionary Unit (MEU) for nearly two months as part of a routine patrol in the Indo-Pacific. The ships of ESG arrived in Okinawa, Japan, on April 21.

The patrol was a first-of-its kind deployment as an Up-Gunned ESG, combining two San Diego-based destroyers and the MEU’s F-35B Lighting II stealth fighter jet, which completed its first operational employment from a US Navy ship.

Over the course of the patrol, The ESG-MEU team conducted operations in core expeditionary mission sets—such as disaster relief and crisis response—as well as flexed the multi-mission capabilities that are inclusive to an Up-Gunned ESG.

The MEU’s certification exercise (CERTEX), an intensive evaluation period across all MEU mission sets, culminated the patrol. For CERTEX, sailors and marines worked together to complete training that replicated potential real-world events.

The Arleigh Burke-class guided-missile destroyers USS Dewey (DDG 105) and USS Sterett (DDG 104) served as the destroyers attached to the Wasp ESG. Both ships will return to San Diego for upkeep, maintenance, and continued training.

The Wasp ESG serves under the Amphibious Force 7th Fleet based in Okinawa, Japan, which is 7th Fleet’s task force for expeditionary operations. The task force oversees forces from Guam to Sasebo to Yokosuka to provide the region with a response capability in the event of a contingency. 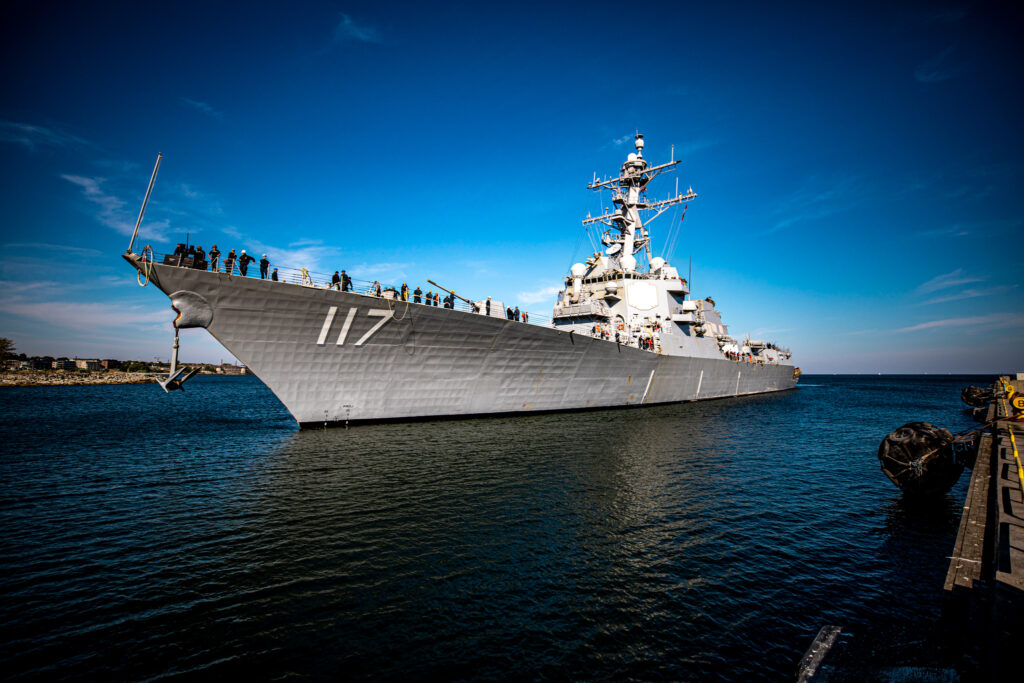