The contract, announced by the US defense department May 10, was awarded to the company by the US Naval Sea Systems Command and includes foreign military sales to the governments of Qatar, Egypt, and Turkey.

The contract is potentially worth $529.7 million, should all options be exercised, and is expected to be completed by 2023.

The Rolling Airframe Missile (RAM) is already in use by the navies of Turkey and Egypt but this will be the first time the Qatari Navy is acquiring the system.

While it was not specified, the systems are widely expected to be installed on new Qatari Navy vessels which are starting construction this year. Qatar is acquiring a total of seven surface vessels which will be built by Italian shipbuilder Fincantieri following the signing of a letter of agreement in June 2016. Fincantieri will build four corvettes of over 100 meters in length, one amphibious vessel (LPD – Landing Platform Dock), and two patrol vessels (OPV – Offshore Patrol Vessel) under the contract.

Photo: The RAM is expected to be installed on vessels Italian shipbuilder Fincantieri is building for Qatar, one of which will be an LHD similar to the one Fincantiri built for Algeria (seen in this Fincantieri photo) 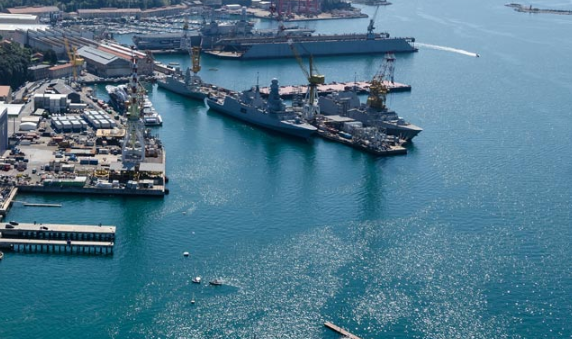