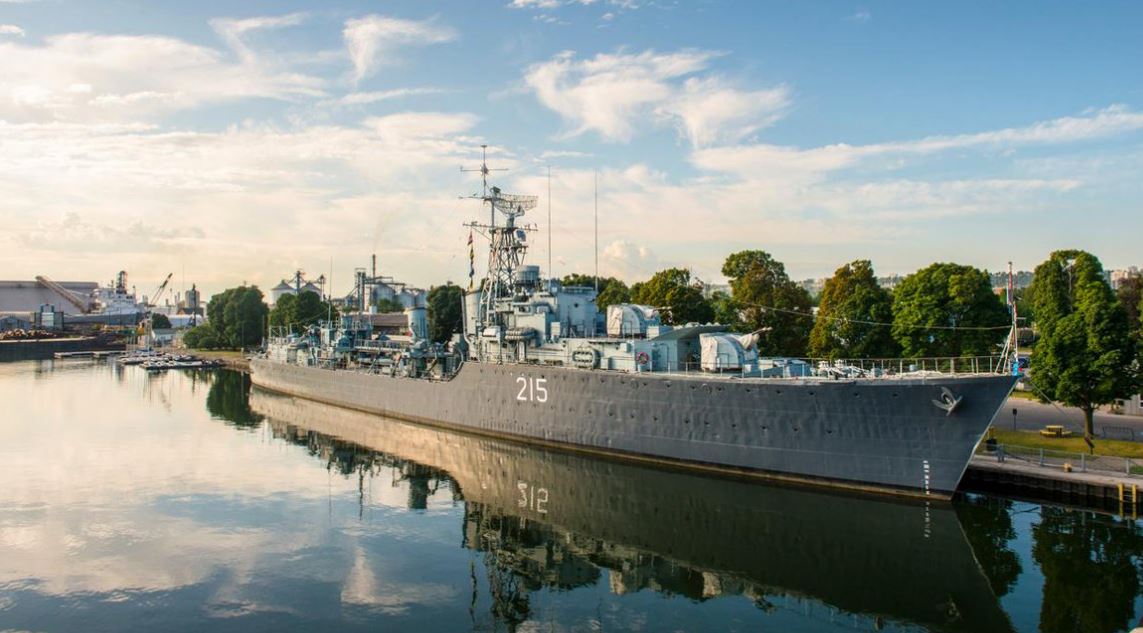 A 75-year-old destroyer and World War II and Korean War veteran officially became the Royal Canadian Navy’s flagship in a ceremony on May 26 in Ontario.

Through this ceremonial designation, HMCS Haida will fly the Canadian Naval Ensign and observe traditional sunrise and sunset ceremonies during its operating season from May to October. There will also be a Honourary Commanding Officer appointed to the vessel.

In the evening of May 26th, a traditional sunset ceremony was held followed by HMCS Haida’s transformation into an illuminated living memorial in remembrance of the fallen of the battles of the Atlantic and the St. Lawrence.

During the Second World War, HMCS Haida joined the Arctic convoys, escorting merchant ships on the Murmansk Run to Russia. The vessel patrolled the English Channel as part of preparations for D-Day and played an active role in the Allied invasion of Normandy. HMCS Haida subsequently served in the Korean War and the Cold War before being retired from active service in 1963, earning the moniker “fightingest ship” of the Royal Canadian Navy.

This year marks HMCS Haida’s 75th anniversary of first entering into service. The last remaining Second World War Tribal-class destroyer in the world, the vessel was among the fastest and most powerful of its kind at that time.

“This is a tremendous day for both the Royal Canadian Navy and for Parks Canada. HMCS Haida exemplifies the values of our naval personnel in uniform – service above self; courage in the face of immense danger; indomitable spirit; and the relentless pursuit of excellence,” Vice-Admiral Ron Lloyd, Commander Royal Canadian Navy, said. “As flagship of the RCN, Haida now stands as a permanent reminder of the sacrifice and courage of Canada’s sailors, so that future generations of Canadians and sailors can be inspired by its story and the proud traditions of our Royal Canadian Navy.”