The Pakistan Navy has signed a contract with M/s China Shipbuilding Trading Company Ltd (CSTC) for the delivery of an additional two Type 054A frigates.

The contract was signed at the Ministry of Defence Production in Rawalpindi with deputy Chief of Naval Staff (Operations), Rear Admiral Faisal Rasul Lodhi in attendance.

With this follow-on contract, the Pakistan Navy is set to receive a total of four Type 054A by 2021. All four vessels will be built in China.

“The induction of these ships will substantially enhance Pakistan navy’s war fighting capabilities while effectively contributing towards maritime security operations in the region,” the Pakistan Navy said in its statement.

Type 054A frigates displace 4,000 tons and are equipped with vertical launch systems (VLS), a 76mm gun, close in weapons systems and torpedo launchers.

This is not the first time Pakistan Navy is acquiring equipment and vessels from China. In 2006, Pakistan brought four Type 053H3 frigates and four Azmat-class fast attack craft in 2012.

Pakistan’s biggest order from China, however, is the acquisition of eight attack submarines reportedly worth between $4 billion and $5 billion. Four submarines would be built in China and four at Pakistan’s state-owned shipyard in Karachi. 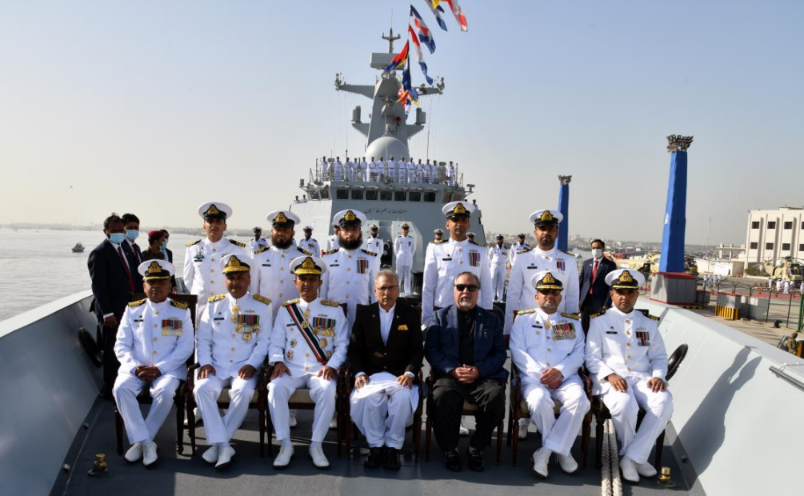