Royal Australian Navy frigate HMAS Warramunga has made an additional three narcotics seizures in the Middle East, bringing the total amount of drugs seized to well over 33 tons.

In the three boarding operations carried out in the Arabian Sea between June 3 and 5, Australian sailors seized close to six tons of hashish worth approximately AUD$294.3 million.

“The crew of HMAS Warramunga has been on deployment in the Middle East for more than six months, but everyone onboard remains focused on the mission at hand,” Commander Clelland said.

“Three successful seizures for Warramunga and taking over AUD$2 billion out of the hands of terrorist networks lifts the morale of the crew, who have all worked exceptionally well together throughout the deployment.”

Warramunga has now intercepted, seized and disposed of approximately 31.8 tons of hashish and approximately two tonnes of heroin, valued at around AUD$2.17 billion since starting operations in the Middle East in November 2017.

Operation Manitou is the Australian government’s contribution to support international efforts to promote maritime security, stability and prosperity in the Middle East Region. 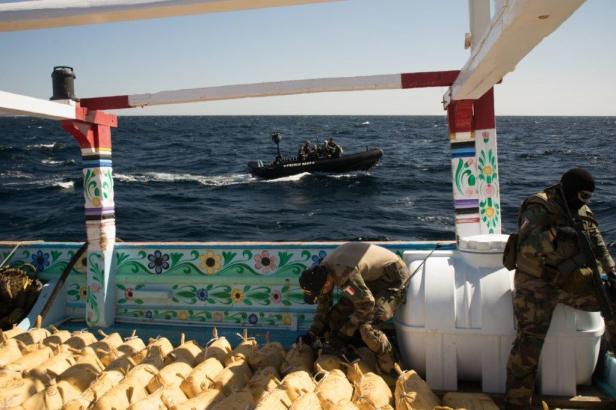