Frigate HMAS Toowoomba arrived in Port Vila shortly after Success, berthing outboard of the ‘battle tanker’ at the Lapetasi Wharf.

The ship’s companies and embarked 2RAR attachment are scheduled to spend the three-day visit participating in community outreach and engagement projects and training with the Vanuatu Police Force’s Maritime Wing and Mobile Force.

In addition to training, Joint Task Group 661.1 was tasked with providing further assistance to the government of Vanuatu in response to the ongoing impact of volcanic activity on Ambae Island which prompted the government to declare a state of emergency on 12 April.

“We have been tasked to call into Luganville on the northern island of Espiritu Santo after we leave Port Vila, to deliver more aid stores, which we hope will help make life a little bit easier for the people who are unable to live on their land because of the volcano on Ambae,” Commander Zilko said.

HMAS Success will deliver tents, solar street lighting, solar lanterns for personal use, bed nets, and water tanks. These supplies will help to meet the immediate needs of those displaced by the volcano and their host communities.

Commanding officer of HMAS Toowoomba, Commander Stu Watters said the ship’s companies understood the importance of their mission in Vanuatu.

“Indo-Pacific Endeavour has fast become one of the most important activities the Australian Defence Force conducts in the Indo-Pacific region,” Commander Watters said.

“Toowoomba participated in IPE last year, and we’re honoured that we’re again involved in visiting an important part of our region.”

After dropping the aid stores to Luganville, Success will proceed to Samoa for her second IPE18 port visit, while Toowoomba will set sail for Hawaii to take on stores in preparation for her participation in exercise RIMPAC. The rest of the IPE Task Group will also participate in RIMPAC, which starts at the end of June. 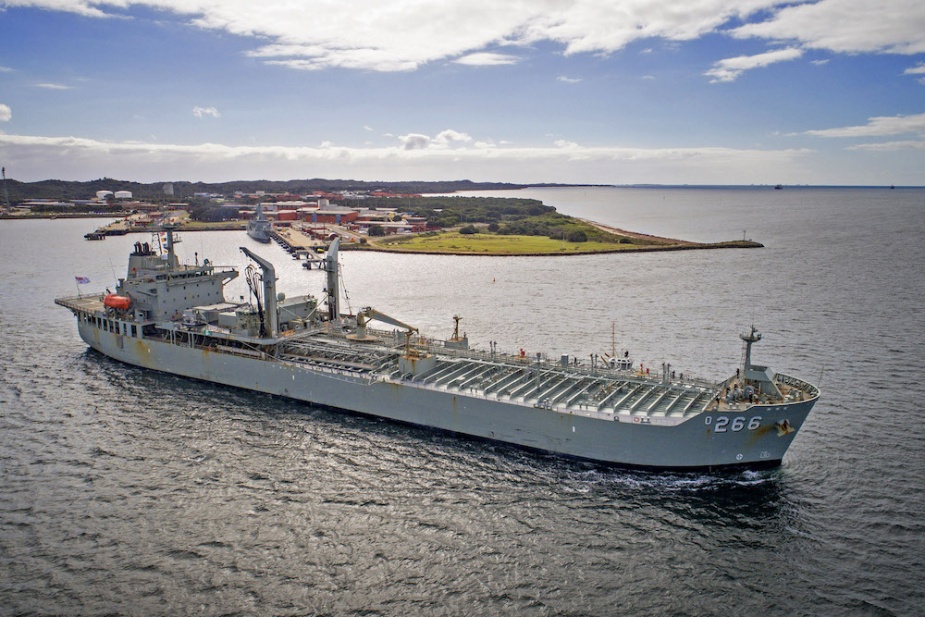