The cutter will be the first FRC stationed in San Pedro, California, and will be commissioned this fall.

Petty Officer 2nd Class Forrest Rednour, the cutter’s namesake, heroically risked his life on February 3, 1943, while rescuing survivors from the torpedoed SS Dorchester. Rednour was aboard Coast Guard Cutter Escanaba when it was lost in June 1943; his remains were never found. He was awarded the Navy and Marine Corps Medal and the Purple Heart.

The 154-foot FRCs patrol coastal regions and feature advanced command, control, communications, computers, intelligence, surveillance and reconnaissance equipment; improved habitability and seakeeping; and the ability to launch and recover standardized cutter boats from astern or via side davits. The FRCs are replacing the 1980s-era 110-foot Island-class patrol boats and execute critical missions including defense readiness; law enforcement; search and rescue; and ports, waterways, and coastal security. The cutters have an endurance of five days and a top speed of more than 28 knots.

The Coast Guard has ordered 44 of the 58 FRCs planned. Twenty-seven are in service: 12 in Florida, six in Puerto Rico, two in Alaska, two in New Jersey, two in Mississippi, two in Hawaii and now one in North Carolina. Galveston, Texas is a future FRC homeport. 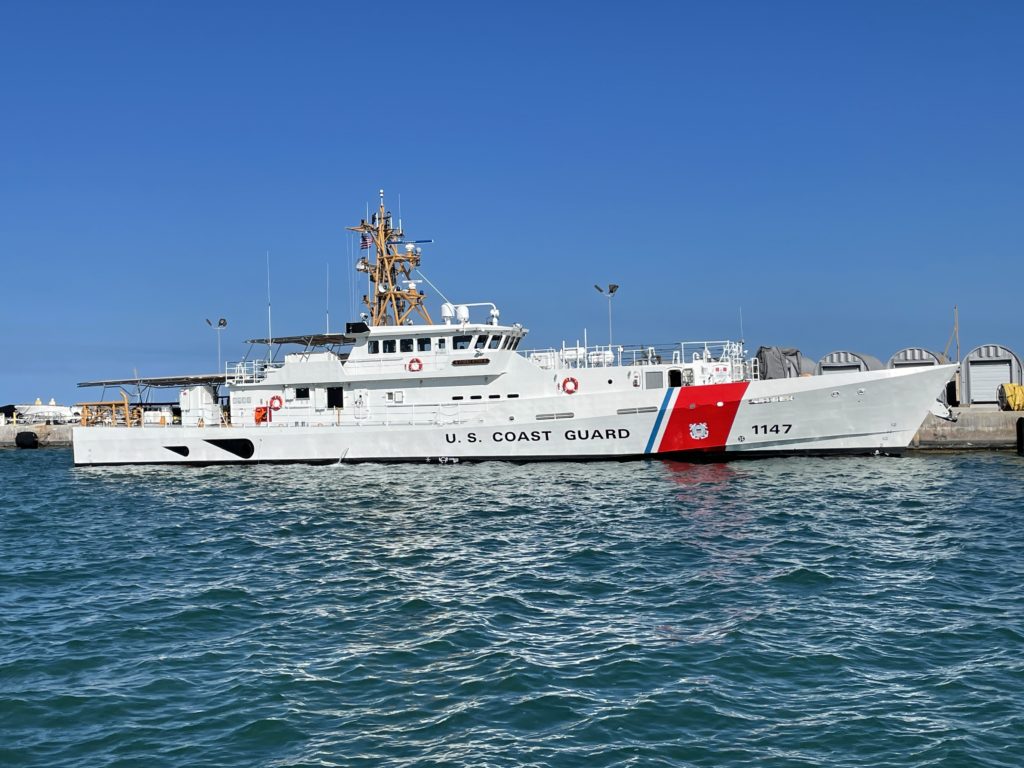