The recently-commissioned US Navy littoral combat ship USS Manchester (LCS 14) arrived at her San Diego homeport on June 19, completing her maiden voyage from the Austal USA shipyard in Mobile, Alabama.

The Independence variant LCS was commissioned in Portsmouth, New Hampshire, prior to her arrival in San Diego.

During her maiden voyage, the Manchester made port calls to Norfolk, Virginia, Mayport, Florida, Guantanamo Bay, Cuba, and Puerto Vallarta, Mexico, and completed a successful transit through the Panama Canal.

“As Manchester plank owners, this crew spent 10 months away from homeport bringing our ship to life,” said Cmdr. Kurt Braeckel, Manchester’s commanding officer. “During that time they successfully accomplished many diverse and complex evolutions, consistently demonstrating professionalism in everything they did. It is an honor to be part of such a dedicated team and every day I find myself being inspired by their commitment to one another.”

Manchester is the 12th LCS to enter the fleet and the ninth to be homeported in San Diego. The ship will fall under Commander, Littoral Combat Ship Squadron (COMLCSRON) 1 control until assuming her role as the training ship for the future LCS Mine Countermeasures Division.

Photo: USS Manchester (LCS 14) approaches the pier at Naval Base San Diego, arriving at its homeport after being commissioned in May in New Hampshire. Photo: US Navy 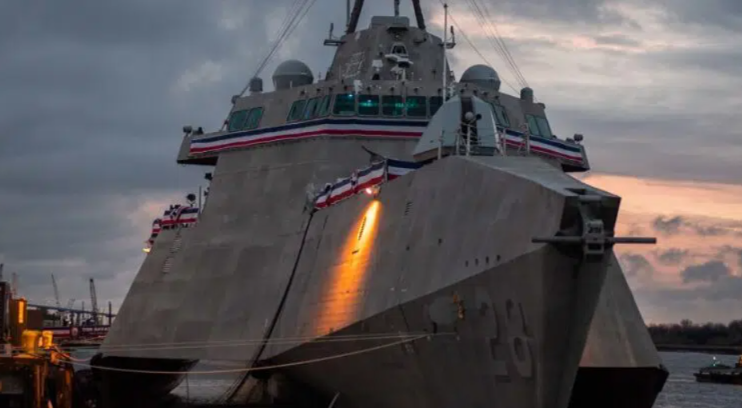