Royal Navy’s Portsmouth based minehunter HMS Brocklesby left her homeport June 19 to start a 6,000-mile journey to Bahrain, to take over from her sister ship HMS Middleton.

The Hunt-class minehunter will form part of a four-strong permanent minehunter presence in the Gulf, working alongside coalition partners to provide reassurance to the region as well as route survey, sea-bed clearance, and mine clearance operations.

“After a busy period of maintenance and a lot of hard work from my ships company it was a fantastic feeling to sail today to the Gulf,” commanding officer of HMS Brocklesby Lieutenant Commander Paul Irving said.

HMS Brocklesby will spend the next two years based in Bahrain with the crew rotating every six or seven months. Her current crew, Crew 3, will return in time for Christmas.

In preparation for the deployment, the crew has recently completed a five-week Operational Sea Training (OST) package as well as participating in major multi-national exercise Joint Warrior in April. 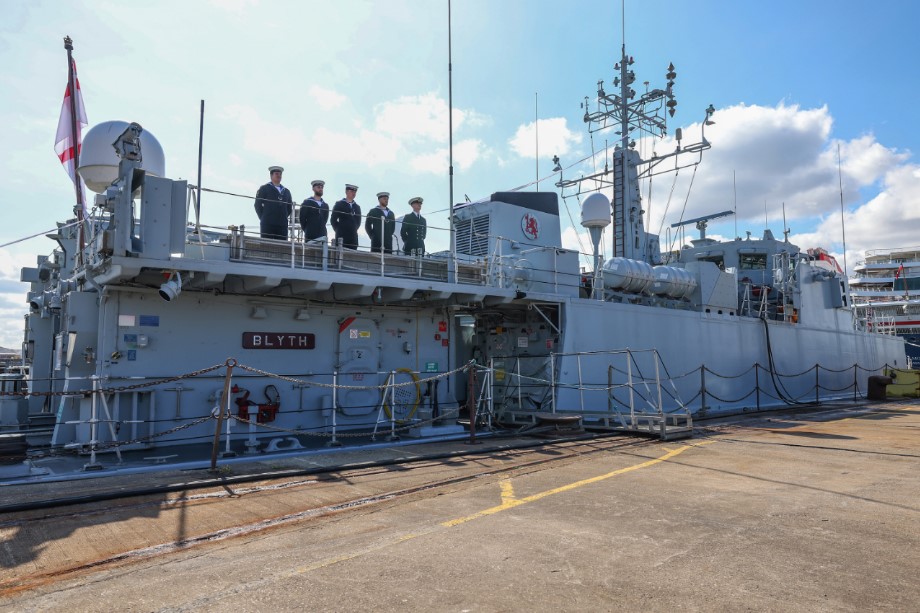