The Royal Australian Navy has welcomed a new Chief of Navy as Vice Admiral Tim Barrett was relieved by Vice Admiral Michael Noonan in a handover ceremony at Blamey Square in Canberra.

VADM Barrett told the gathering, his time as Chief has seen significant change to the RAN, thanks to hard work and dedication by Navy members.

“The considerable successes that Navy has enjoyed during my tenure is due to that important and valuable work undertaken by uniformed and civilian people ashore as much as they are due to the outstanding efforts of our sailors and officers both at sea and ashore, whether permanent or reserve,” he said.

“Our people are more resilient and innovative, and they are getting the job done safely. Our workforce better reflects the diversity of the Australian community, demonstrating a bias for action, and seeking to continuously improve to way we do business.

During his time at the helm of the navy, VADM Barrett guided the decisions to acquire the offshore patrol vessels, navy’s next generation of replenishment ships, future submarines, and the Hunter-class frigates along with the associated infrastructure investments.

VADM Barrett has also overseen the introduction into service of the landing helicopter docks ships, HMAS Canberra and Adelaide, the MH60R Seahawk helicopters, and the first of navy’s new destroyers, HMAS Hobart.

“His commitment and dedication has been both extraordinary and selfless, and over the last four years as the Chief of Navy, he has set our Navy on a new course,” he said.

VADM Noonan told the gathering, he intends to lead a navy which is operationally ready thanks to committed, well trained men and women, capable of deploying nationally, regionally and internationally in support of Australia’s national interests, during uncertain times.

‘To achieve these outcomes we need to think like a fighting navy, and fight like a thinking navy,’ he said. 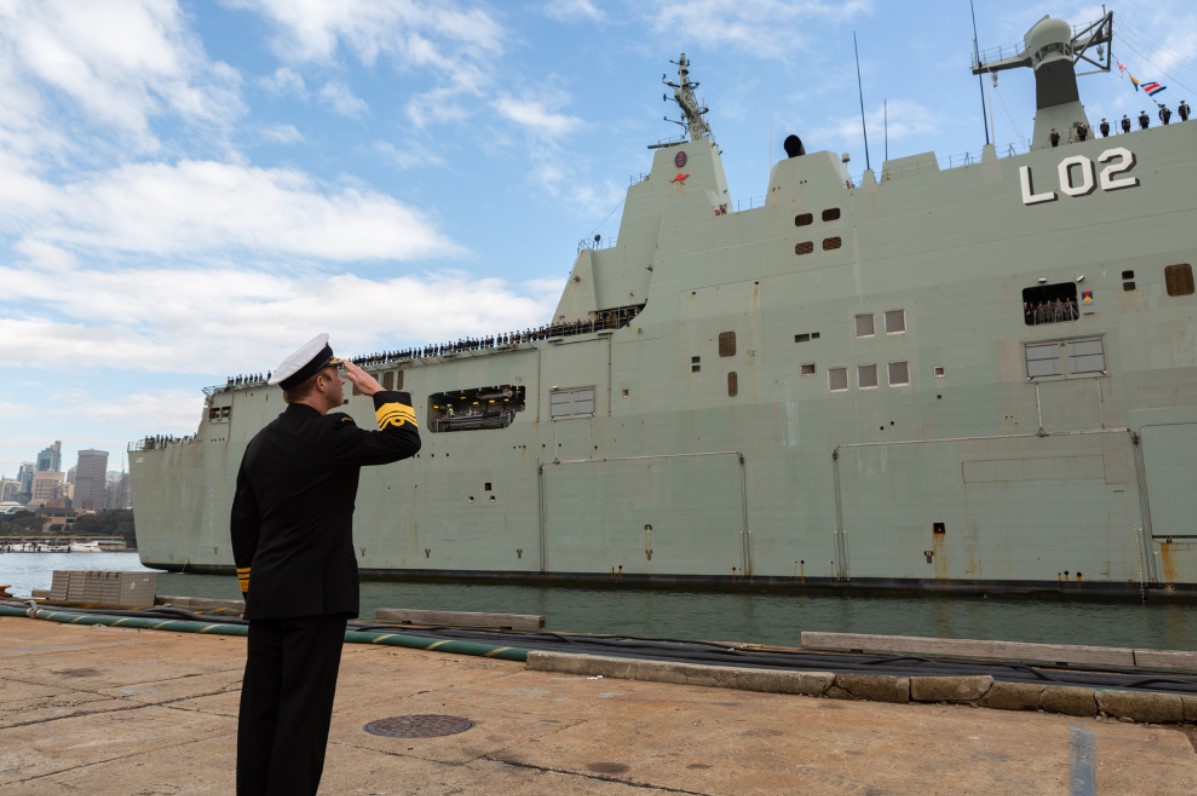