Former Oliver Hazard Perry-class frigate USS Doyle (FFG-39) has concluded her final voyage from Philadelphia to New Orleans, where she will now be disassembled and recycled by Southern Recycling, part of EMR.

The 4,050-ton frigate served in the US Navy and is the last of a six-vessel contract awarded to EMR.

The decommissioned USS Doyle, also nicknamed the Valiant Mariner, was the 30th vessel to be constructed in her class.

During her 28-year service in the navy, the USS Doyle saw at least six deployments in the Mediterranean Sea, two in the Persian Gulf, including participating in Operation Earnest Will during the Iran-Iraq War and deployed to operate with the Middle East Force.

“Our goal is to recycle as much of the material from the ship as possible, and we have invested heavily in our ship-breaking facilities to ensure that we have the right people, processes and technology to carry out specialist marine recycling contracts in the safest and most environmentally responsible manner,” Andrew Sheppard, Chief Operating Officer of Southern Recycling, said.

Work will now begin to recycle the 453-foot-long and 47-foot-wide vessel, which will take approximately six months to complete, according to EMR.

Last month, another US Navy’s ship arrived at one of EMR’s facilities to be dismantled. Former amphibious assault ship Tripoli (LPH 10) will be recycled at International Shipbreaking Limited yard in Brownsville. 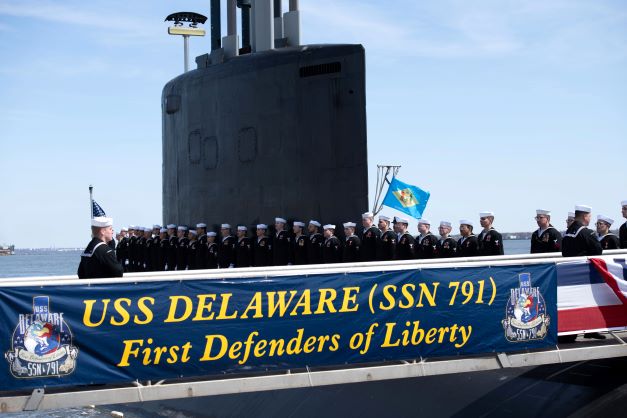