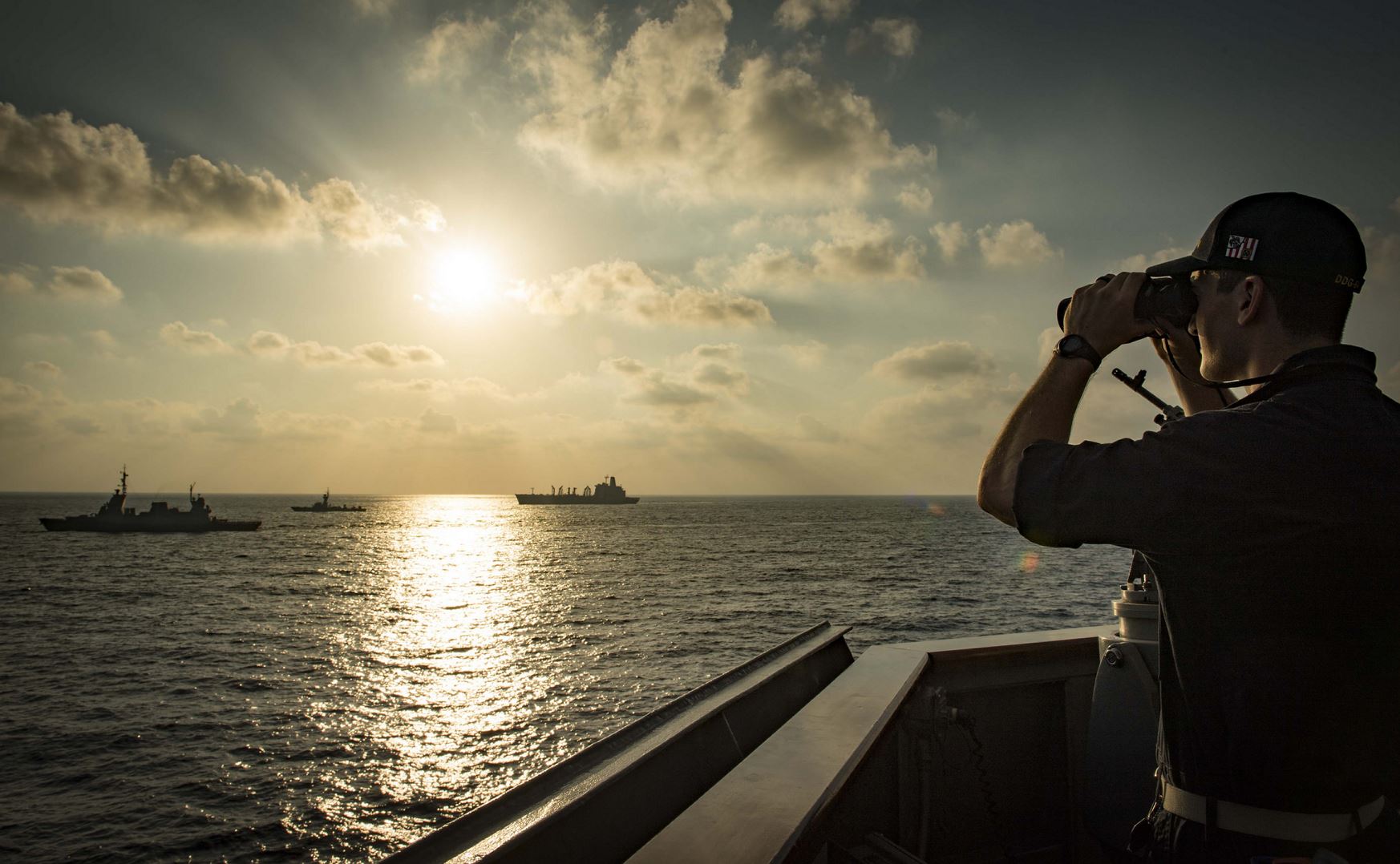 The drill, hosted by the Israel Defense Forces, is designed to increase interoperability by enhancing individual and collective maritime proficiencies of participating nations, as well as promote interoperability, mutual understanding and cooperation. It also promotes maritime safety and security in the region.

During the exercise, Israeli sailors embarked Carney to observe the exercise events and participate in training with US sailors, which included live-fire exercises, flight operations, damage control training, medical training and search and rescue exercises performed by the US and Israeli vessels.

For the damage control portion of the exercise, 12 Carney sailors had the opportunity to board the Israeli Navy Sa’ar 5-class corvette INS Lahav (502) which mimicked a distressed vessel at sea. While aboard Lahav, Carney sailors demonstrated techniques for repairing a breached hull and subsequent dewatering and damage control efforts.

“This was an extremely successful exercise which not only provided valuable training to the sailors of both nations involved, but it also emphasized the ability of both navies to work seamlessly together,” Cmdr. Tyson Young, commanding officer of Carney, commented.

Reliant Mermaid is a regularly scheduled exercise and is not associated with, or a reaction to any real-world events.