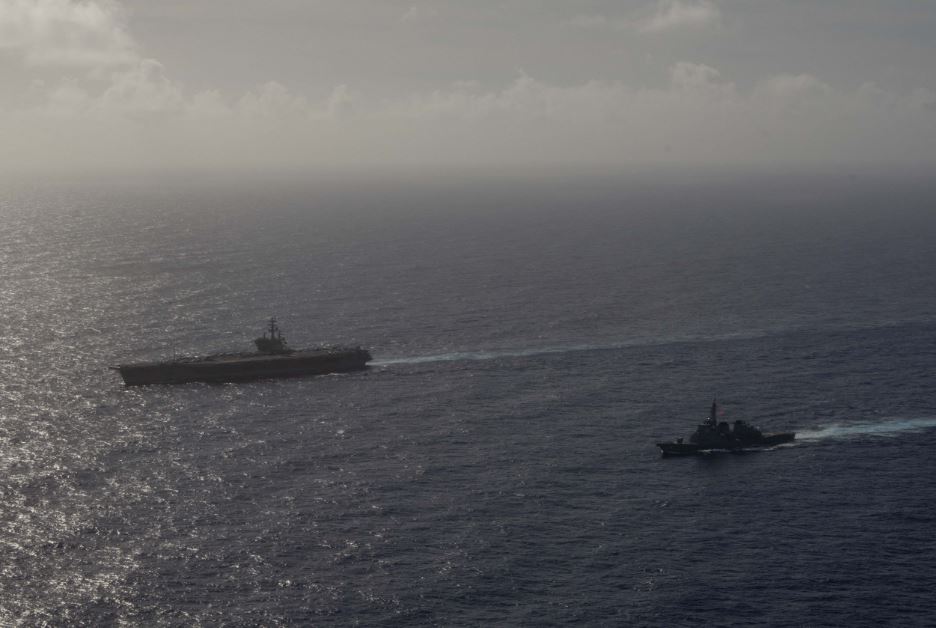 “Working side by side we have used this opportunity to train together to further streamline our communications through exercises and other tactical events,” said Lt. Jeff Kryski, Destroyer Squadron (DESRON) 15’s assistant planning officer.

While embarked aboard Ronald Reagan and the Ticonderoga-class guided-missile cruiser USS Antietam (CG 54), CSG and CCD 6 personnel conducted unit level training to increase interoperability between US Navy and JMSDF units and improve the tactical skills of both maritime forces.

“Having CCD 6 personnel aboard greatly benefits both JMSDF and DESRON 15 by allowing both sides to continue our strong and lasting partnership,” said Kryski. 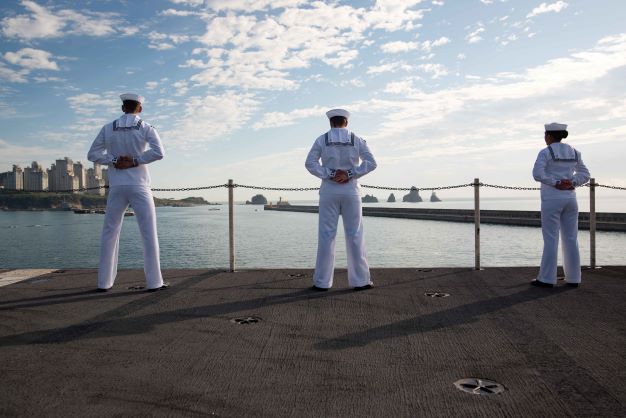