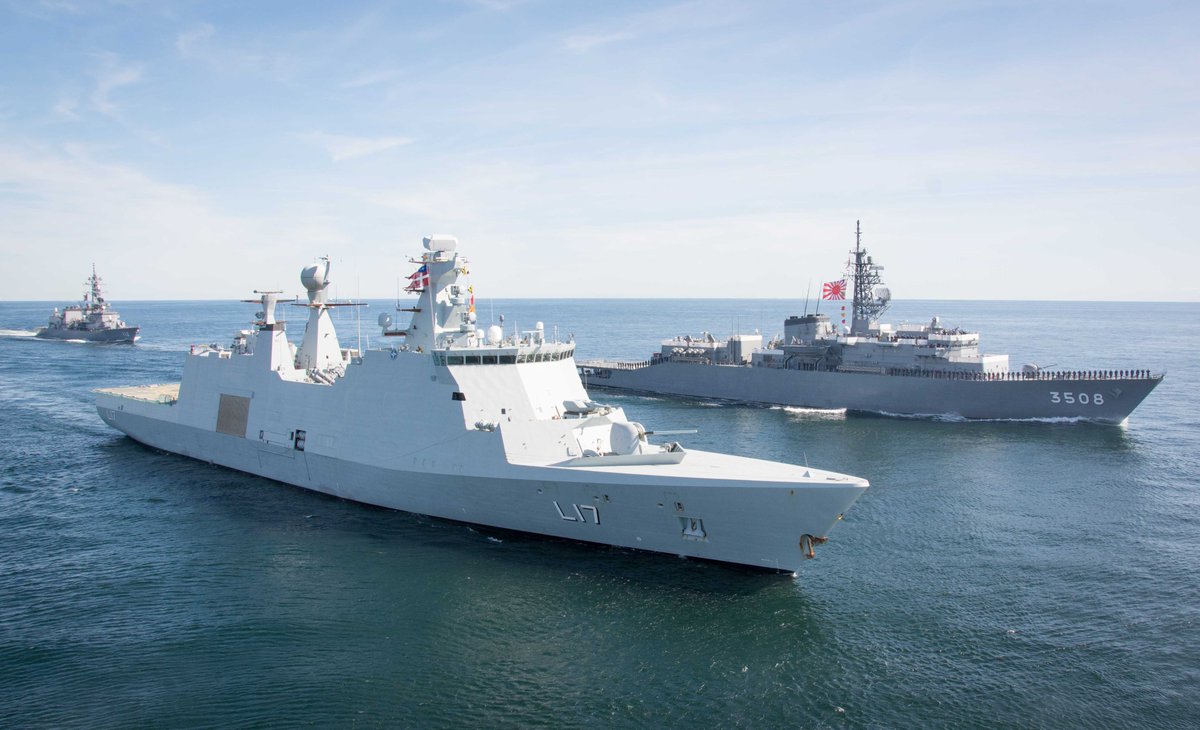 NATO’s Standing Maritime Group One (SNMG1) met up with a Japan Maritime Self Defense Force training squadron in the Baltic Sea on August 21 for a passing exercise.

Japan is one of a number of countries beyond the Euro-Atlantic area with which NATO is developing relations. These partners are often referred to as “partners across the globe.” NATO and Japan are strengthening relations to address shared security challenges, building on dialogue and cooperation that has been developing since initial contacts in the early 1990s.

“Even though Japan and most NATO nations are geographically far apart, we are connected by the sea,” said SNMG1 commander Commodore Carsten Fjord-Larsen. “We also share a strong interest in always making the most of training opportunities with partner nations when meeting up at sea. And I’m proud to say that, this is exactly what we have been doing today.”

NATO and Japanese units have trained together before, most recently when the JMSDF training squadron was off of Spain earlier this month and they sailed with Standing NATO Maritime Group Two (SNMG2) ship HMCS Ville de Québec. NATO units often utilize an opportunity of close proximity to develop a better understanding of each other’s procedures as well as seize the opportunity to learn from one another.

“Together with selected members from my staff, I had the great honor to visit JS Kashima and enjoyed the possibility to exchange views on the world seen from the sea with the Commander of the Japanese training squadron, Rear Admiral Hiroyuki Izumi.” Said Commodore Fjord-Larsen.

US, Japan and South Korea sharpen submarine hunting skills
Posted: 2 months ago
Royal Navy joins one of largest exercises in Pacific for 1st time
Posted: 14 days ago
Japan conducts exercise with US and Australia in East China Sea
Posted: 5 months ago
Related news