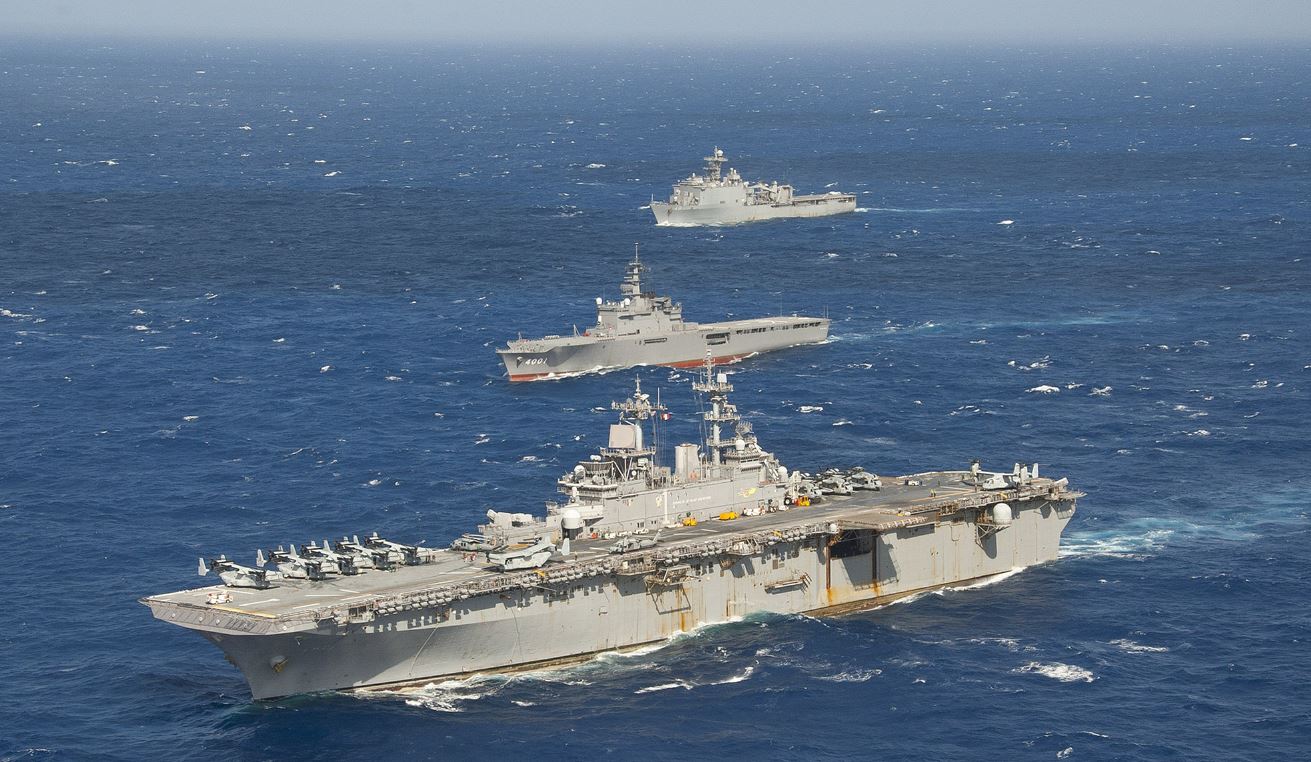 During a passing exercise, multiple ships sail in formation to practice communications and maneuvering procedures.

Rear Adm. Brad Cooper, commander of Amphibious Force, US 7th Fleet, said this PASSEX served as another building block in the continued positive relationship with the JMSDF.

“We proved earlier this year the success of operating side-by-side with the Kaijō Jieitai [Japanese Maritime Self-Defense Force] and continue that success with the Osumi,” said Cooper referencing combined navigational maneuvers with amphibious transport dock JS Shimokita (LST 4002) in April.

“Today, we continue to strengthen our relationship and work together as one team with the goal of enhancing our combined amphibious capabilities,” Cooper said.

For the sailors aboard participating ships, it was also their chance to improve their skills with their Japanese counterparts sailing alongside.

“Communication is key when operating in close quarters. It was a pleasure maneuvering and navigating within a few hundred yards of JMSDF Osumi,” said Lt.j.g. Davis Chandlert, USS Green Bay’s officer of the deck during the PASSEX.

The Wasp ARG is operating in the region after joining the US 7th Fleet in January this year to become the fleet’s first F-35B Joint Strike Fighter-capable amphibious assault ship.