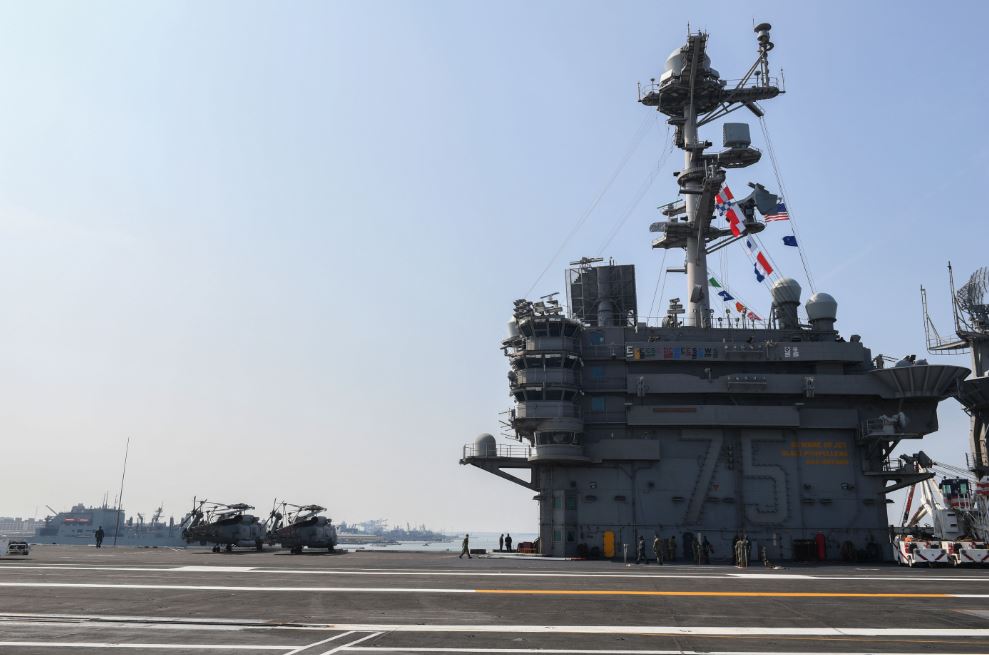 The strike group units returned home earlier as part of a new dynamic force employment concept which will allow the US Navy to be operationally unpredictable while remaining strategically predictable.

HSTCSG will continue its deployment by conducting sustainment operations and carrier qualifications in the Atlantic and participating in dual-carrier operations with the USS Abraham Lincoln (CVN 72).

“Since April when we began our deployment, our strike group has demonstrated our inherent maneuverability and flexibility as we took part in maritime security operations and evolutions with several key allies and partners,” said HSTCSG Commander, Rear Adm. Gene Black. “Now, as we continue our deployment, we remain 100% mission-capable and ready to accomplish whatever mission we are assigned, at any time, anywhere. This exemplifies the Navy’s Dynamic Force Employment concept: we remain flexible and ready on short notice to deploy whenever and wherever the nation needs, ready to fight.”