The US Navy is set to christen its newest Independence-variant littoral combat ship (LCS), the future USS Kansas City (LCS 22), on Saturday, Sept. 22, in Mobile, Alabama.

At the ceremony, the principal speaker will be US Representative Emanuel Cleaver II from Missouri. Mrs. Tracy Davidson, wife of commander of US Indo-Pacific Command Adm. Philip Davidson, will serve as the ship’s sponsor.

“The future USS Kansas City is a symbol of the strong connection between the people of Missouri and the Navy and Marine Corps team,” said Secretary of the Navy Richard V. Spencer. “The ship is a testament to our commitment to provide maritime dominance and power projection required by the nation, and to our partnership with industry to build the Navy the nation needs.”

The future USS Kansas City is the second US Navy ship to honor Missouri’s largest city. Originally intended to be the first Kansas City, the keel was laid for what was planned to be an Oregon City-class heavy cruiser on July 9, 1945 in the waning days of World War II. With the war’s end in sight, construction was halted about a month later. The first commissioned Navy vessel named Kansas City was a Wichita-class replenishment ship commissioned June 6, 1970. The ship earned a number of unit awards throughout its life including for service in Vietnam and Operation Desert Storm. Kansas City was decommissioned on Oct. 7, 1994. 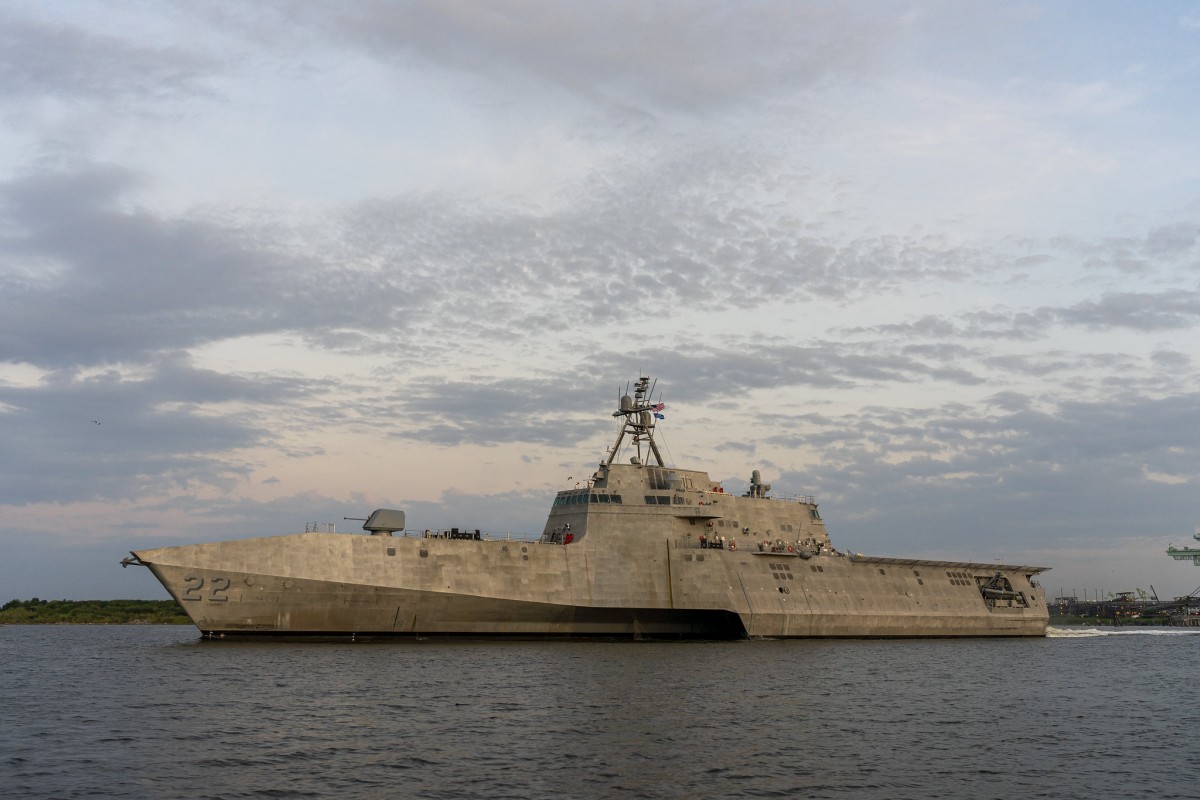