ECA teams up with MAURIC to offer drone-specialized MCM motherships

Integrated with UMIS system of surface and underwater robots, the Octopoda models allow operators to stay out of harm’s way during MCM missions. The UMIS is a complete system of different drones that can collaborate within the same mission to carry out each step of a mine clearance mission: detection, identification and destruction.

Octopoda operates outside the minefield, so that it does not have to comply with demanding specifications relating to acoustic and electromagnetic signature, and shock resistance.

To design the first vessels in the Octopoda range, MAURIC’s naval architects focused specifically on two fundamental aspects concerning integration of naval drones: the integration of launch and recovery systems that are effective even in high sea states, and the ergonomics of the drone deployment zones on board the vessel. So the Octopoda vessels have been designed around these zones (aft deck, drone storage and maintenance hangar, drone system control center).

The Octopoda 300 makes it possible to deploy a naval drone system from a vessel that is just 30 meters in length, according to ECA Group. The system consists of two A9-M AUVs, identification robots and destruction MIDS (mine identification and destruction system) consisting of 2 SEASCANs and 6 K-STER Cs. These underwater robots can be deployed from Octopoda 300 or a 7m Rhib nested in an aft ramp.

The Octopoda 300 also comprises a small landing platform making it possible to deploy a IT 180 UAV lightweight drone. The design incorporates a specific hangar with direct access to the aft deck and a control center with a bird’s eye view of the deployment zone, the objectives of which are to simplify handling of the robots and optimize operability of the entire UMISTM system.

Octopoda 500 allows for launch and recovery of a 12-meter INSPECTOR 120 USV from an aft ramp. By adding this USV it is possible to deploy AUVs (two A9-Ms, two SEASCANs and ten K-STER Cs) in autonomous mode, and therefore penetrate further into the minefield. The UAV landing platform is larger and therefore makes it possible to land the IT 180 in more difficult sea states. 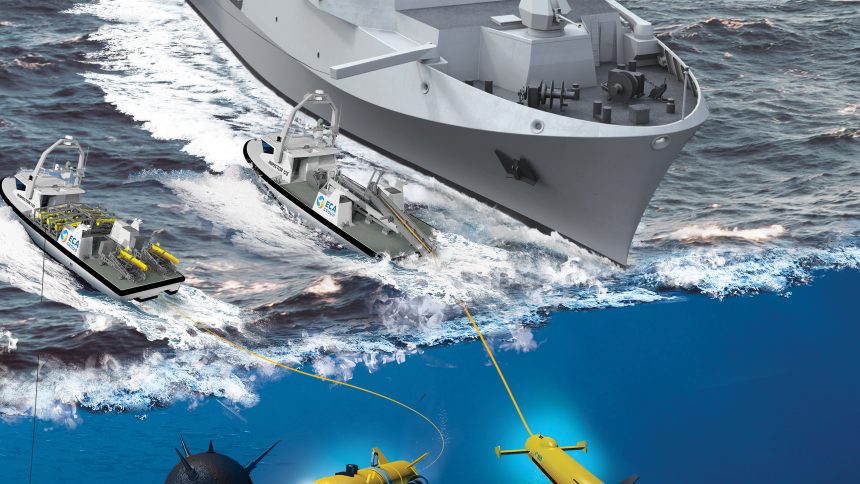 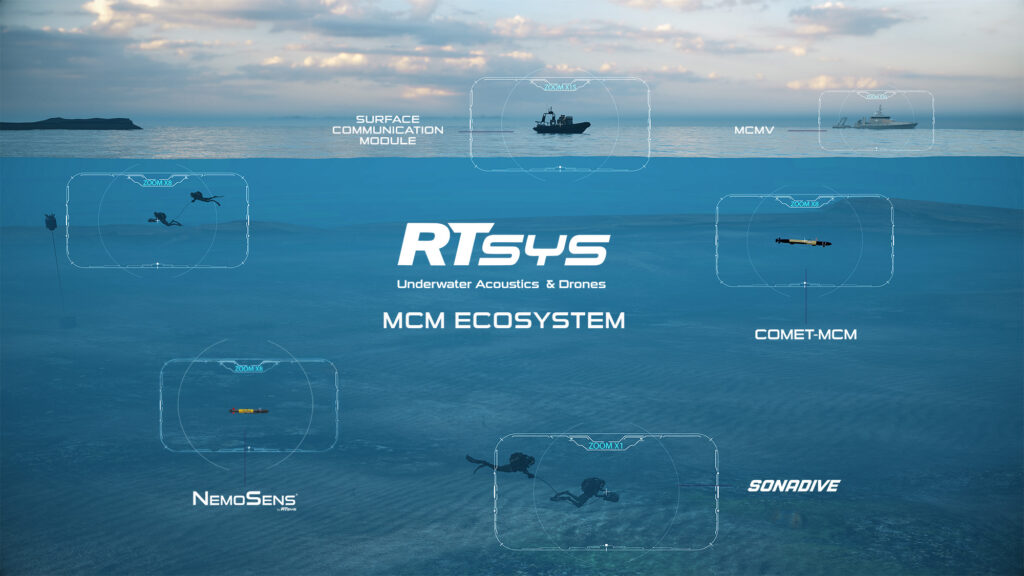