The 16,000-ton ship sailed 5,000 miles from Falmouth to Duqm, where Britain has permanent facilities to support naval operations in the region.

The port is the hub of naval operations for Saif Sareea 3, an unfrequent but large-scale bilateral exercise aimed at testing the two nations’ armed forces ability to fight side-by-side in the Middle East.

There’s a substantial Royal Marines amphibious element to the exercise, involving flagship HMS Albion backed up by Lyme Bay, whose command facilities were enhanced ahead of Saif Sareea (Swift Sword) to improve her ability to conduct and direct complex amphibious operations.

Both ships have been testing their commandos on the way to Oman: Albion in Borneo, Lyme Bay in Albania.

Lyme is packed with equipment, boats, vehicles and numerous personnel from 40 Commando, based near Taunton, the elite 539 Assault Squadron, with its hovercraft and fast Offshore Raiding Craft gunboats, a Wildcat helicopter from 815 Naval Air Squadron, all making for an extra 350 men and women aboard (normally the ship’s company is just 60 strong).

Destroyer HMS Dragon – beginning a tour of duty in the Gulf – joined the auxiliary for the passage through the Suez Canal and down through the Red Sea hotspot of the Bab el Mandeb Strait.

The two British vessels parted company in the Gulf of Aden after taking on fuel from the American support ship USNS Henry J Kaiser before Dragon sped off to begin maritime security patrols along the ‘Hashish Highway’ between Yemen and Somalia.

Captain David Buck RFA, Lyme Bay’s commanding officer, said his ship’s company had gone through an “intense period of regeneration” and were now ready to play their “crucial role” in the Anglo-Omani exercise, particularly after the workout in Albania presented her.

“Over recent years, the Bay class have become frequent visitors to Albanian shores which provide an excellent training environment for our forces both at sea and on land,” he said.

“Having made a safe transit through the Suez Canal followed by a brief skirmish with tropical storm Luban, Lyme Bay is well placed for the challenge of Saif Sareea 3.” 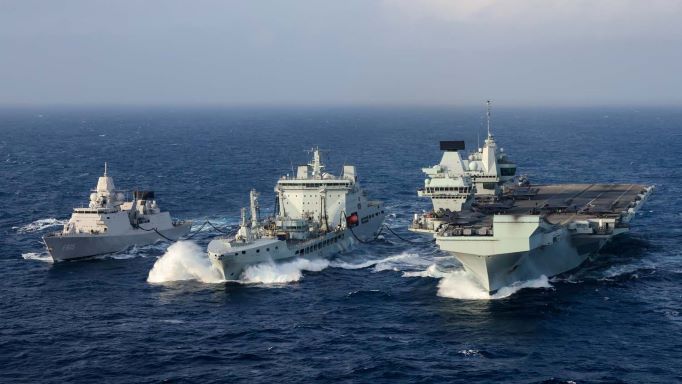 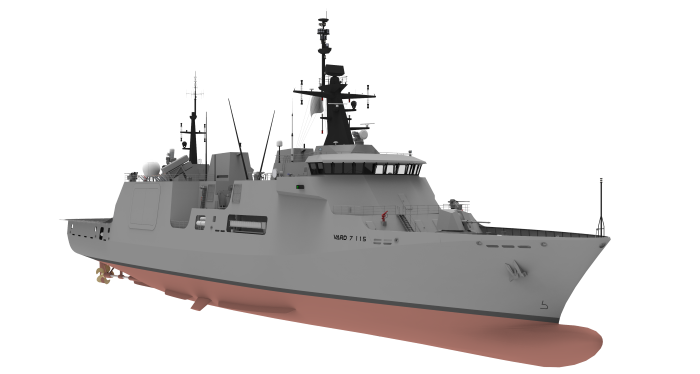