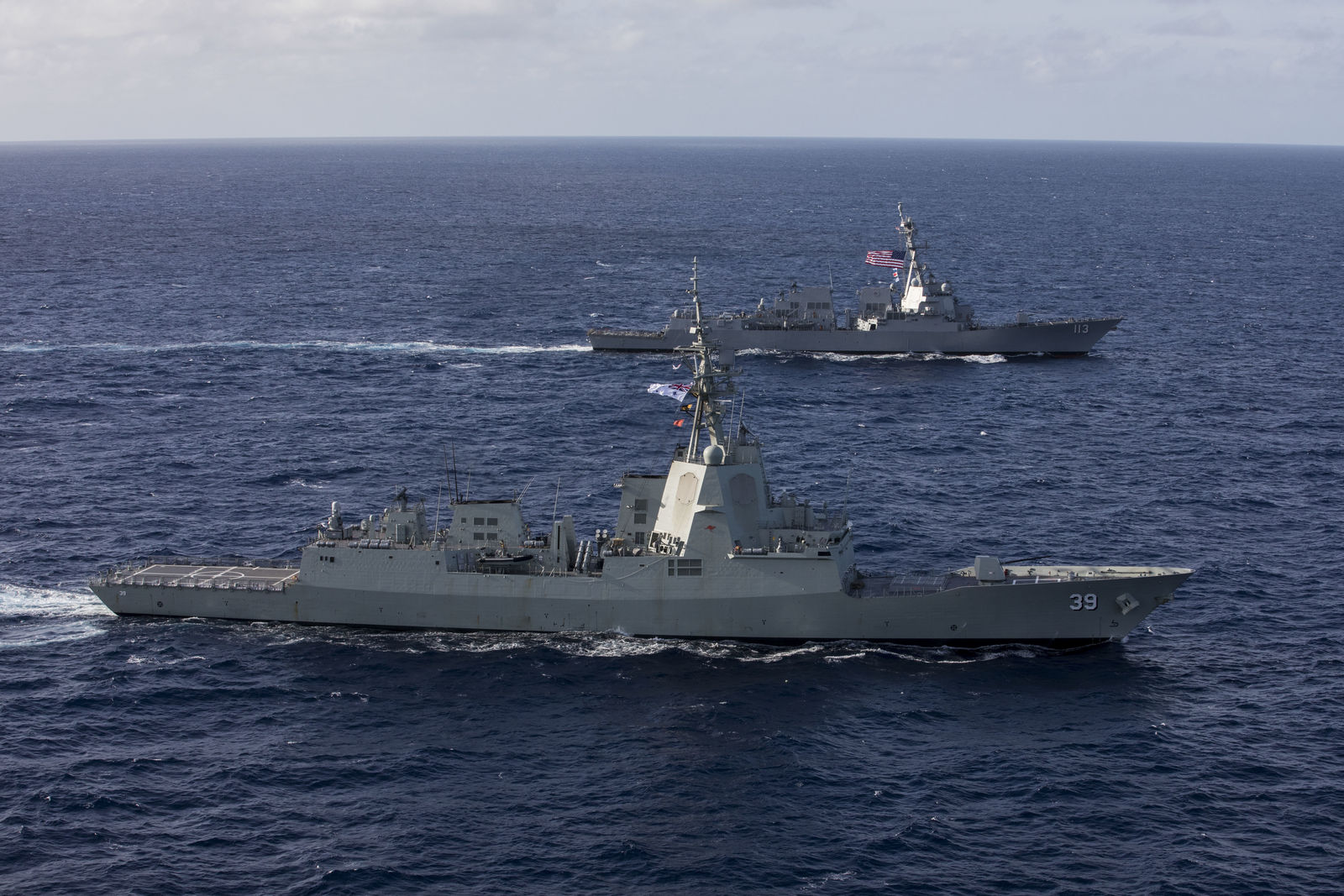 The navies of Australia and the US integrated their sensor information and real-time combat system data to jointly put the Cooperative Engagement Capability system for the first time ever during testing off Hawaii.

As revealed by the Australian defense minister, Australia’s first air-warfare destroyer HMAS Hobart teamed up with US Navy destroyer USS John Finn to share tracking and fire control data across the two ships.

It is not clear whether whether HMAS Hobart had any role in the recent US Missile Defense Agency test which saw USS John Finn launch an SM-3 Block IIA missile to shoot down a ballistic missile target.

Australian defense minister Christopher Pyne said the trials were a significant milestone in the testing and qualifying of Hobart’s combat and weapons systems.

“These trials are the culmination of 12 months of preparations and demonstrate Hobart’s formidable capability,” minister Pyne said.

“Australia is the first country outside the United States with Cooperative Engagement Capability, and so this demonstration marked the first time this capability was proven between two navies.”

Commanding officer HMAS Hobart, Captain John Stavridis, said the visit to the US had proven how closely the Australian and US navies can work together.

“Connecting and sharing data with the US Navy like this is an important step in increasing our interoperability with them, especially during linked task group operations at sea,” Captain Stavridis said.

“Sharing information like this between ships at sea means that ships in a task group can know and respond to what is going on, including sharing tracking and targeting data.”

“It means that a ship can detect and, if needed, engage a threat identified by another ship or aircraft, creating greater flexibility and better protection for all the ships involved.”

As explained by Raytheon, the company responsible for delivering the system, CEC is a real-time ‘sensor-netting’ system that brings together radar data into a single integrated air picture from geographically dispersed ships, aircraft and ground-based units. This integrated picture improves task force effectiveness by enabling longer range, cooperative, or layered engagements.

In the US, CEC is currently deployed on ships and land-based test sites, E-2C/D aircraft, and US Marine Corps network systems. Australia is planning to integrate the CEC into the E-7A Wedgetail aircraft and the Integrated Air and Missile Defence program.