The Royal Norwegian Navy’s stricken frigate HNoMS Helge Ingstad is now securely fixed with seven anchoring points on land and is out of danger of sinking, the navy has informed.

Over the weekend, a total of seven fixing points welded onto the frigate’s hull were fixed to anchors on land with steel wire.

Once a risk assessment is completed, navy personnel will go onboard the vessel to evaluate the extent of damages that resulted from flooding and to try and insulate dry compartments from further water ingress.

HNoMS Helge Ingstad collided with the tanker Sola TS in the Hjeltefjorden fjord near Bergen. Following the collision, all 137 crew were evacuated while the frigate was intentionally grounded in order to prevent her from sinking in deep water.

An audio log obtained by Norwegian media has revealed that the frigate failed to change course despite repeated warnings that she was on collision course with the tanker. 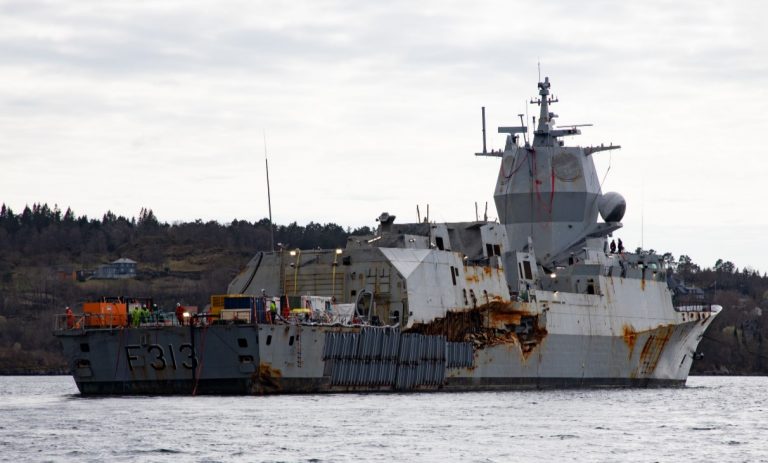