Boeing gets $90m for MQ-25 studies and analysis

The US Naval Air Systems Command has awarded Boeing Co. a $90.4 million contract for studies and analysis related to the US Navy’s MQ-25 carrier-based unmanned refueling aircraft.

The contract from December 19 builds on an earlier one from August 30 with which the US Navy announced it had selected Boeing to build the service’s first operational carrier-based refueling drone.

Boeing was selected over Lockheed Martin and General Atomics, who both pitched their designs for the MQ-25A.

The contract from August stated that a total of four UAVs are to be designed, tested and integrated into the carrier air wing with an initial operational capability by 2024.

In a review of his Design for Maintaining Maritime Superiority, published earlier this month, US Chief of Naval Operations Adm. John Richardson outlined a goal of achieving first flight for the MQ-25 first flight in 2021 and “reaching initial operating capability ASAP”.

When operational, MQ-25 will improve the performance, efficiency, and safety of the carrier air wing and provide longer range and greater persistence tanking capability to execute missions that otherwise could not be performed. While the navy is not revealing range and capacity specifications, the UAV is generally expected to deliver 15,000 pounds of fuel 500 nautical miles from the carrier.

Photo: Boeing’s MQ-25 unmanned aerial refueler, known as T1, is currently being tested at Boeing’s St. Louis site. T1 has completed engine runs and deck handling demonstrations designed to prove the agility and ability of the aircraft to move around within the tight confines of a carrier deck. Photo: Eric Shindelbower, Boeing 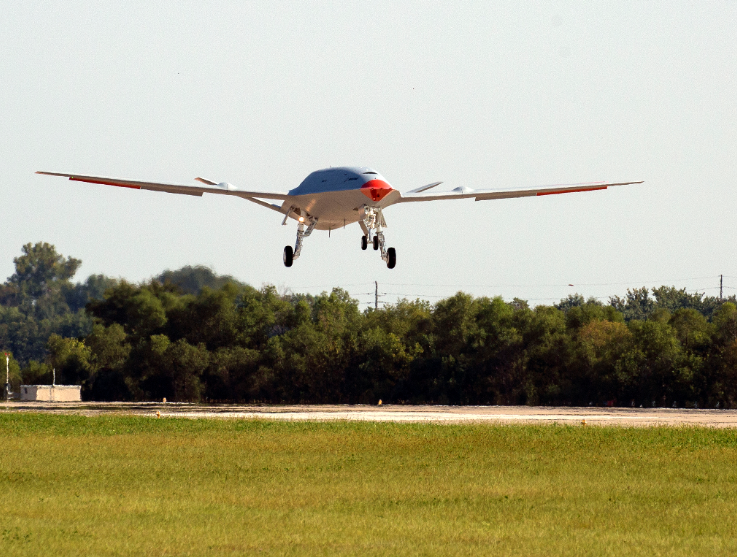 US Navy’s MQ-25 unmanned refueling drone wraps up 1st test flight
Posted: about 1 year ago
Halter Marine gets contract for industrial studies for US Navy’s T-AGOS program
Posted: 3 months ago
US Navy: USS Constellation will be the name of the 1st FFG(X) frigate
Posted: 23 days ago
Advertisement
Advertisement