Seaspan says this is the largest contract package the company will award for work on the JSS.

Lockheed Martin is one of several major systems integrators that Seaspan as prime contractor is working with in order to meet its commitments under the National Shipbuilding Strategy (NSS).

Lockheed Martin will provide a command management system based around the CMS 330 for the JSS. CMS 330 integrates a ship’s weapons, data, sensors and other equipment into a single operating system. The system has been designed and developed in collaboration with the Royal Canadian Navy (RCN) and optimized for Canadian Doctrine and Operating procedures.

In addition to CMS 330, Lockheed Martin will engage key suppliers to deliver an electronic support measures (ESM) system designed to detect electromagnetic signals, a surveillance radar system, an identification friend or foe (IFF) system, an electro optical infrared sensor, and a tactical data link. The company will provide the integration for all these systems as well as the design of the consoles and configuration of the Operations Room.

With its work under the NSS, Seaspan has developed more than $850 million in committed contracts with approximately 540 Canadian companies.

“Whether it is enforcing sovereignty in Canada’s waters, operating in an international threat environment, or engaging in humanitarian or disaster relief, CMS 330 will allow crews to counter threats faster and more efficiently, where and when necessary,” Gary Fudge, vice president and general manager, Lockheed Martin Canada Rotary and Mission Systems. “We are proud to be selected by Seaspan as a supplier for the Joint Support Ships. This contract now places our Canadian-developed CMS 330 on five classes of ships across three different navies – six classes when including the future Canadian Surface Combatant for which we are the preferred bidder. We are thrilled with this momentum and look forward to expanding our support to the Royal Canadian Navy.”

The JSS started construction with a steel-cutting ceremony in June 2018. Expected to be delivered between 2022 and 2024, the two JSS will replace the former Auxiliary Oiler Replenishment vessels. 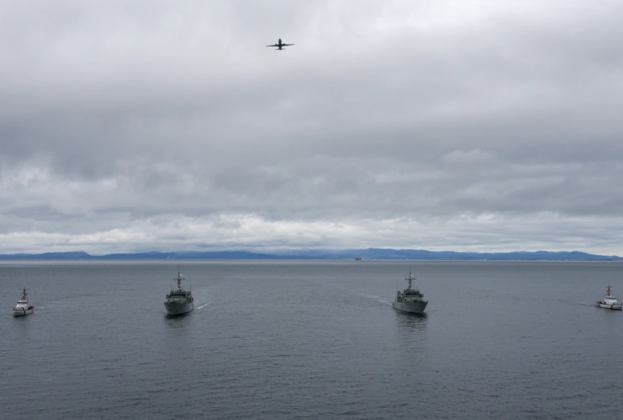