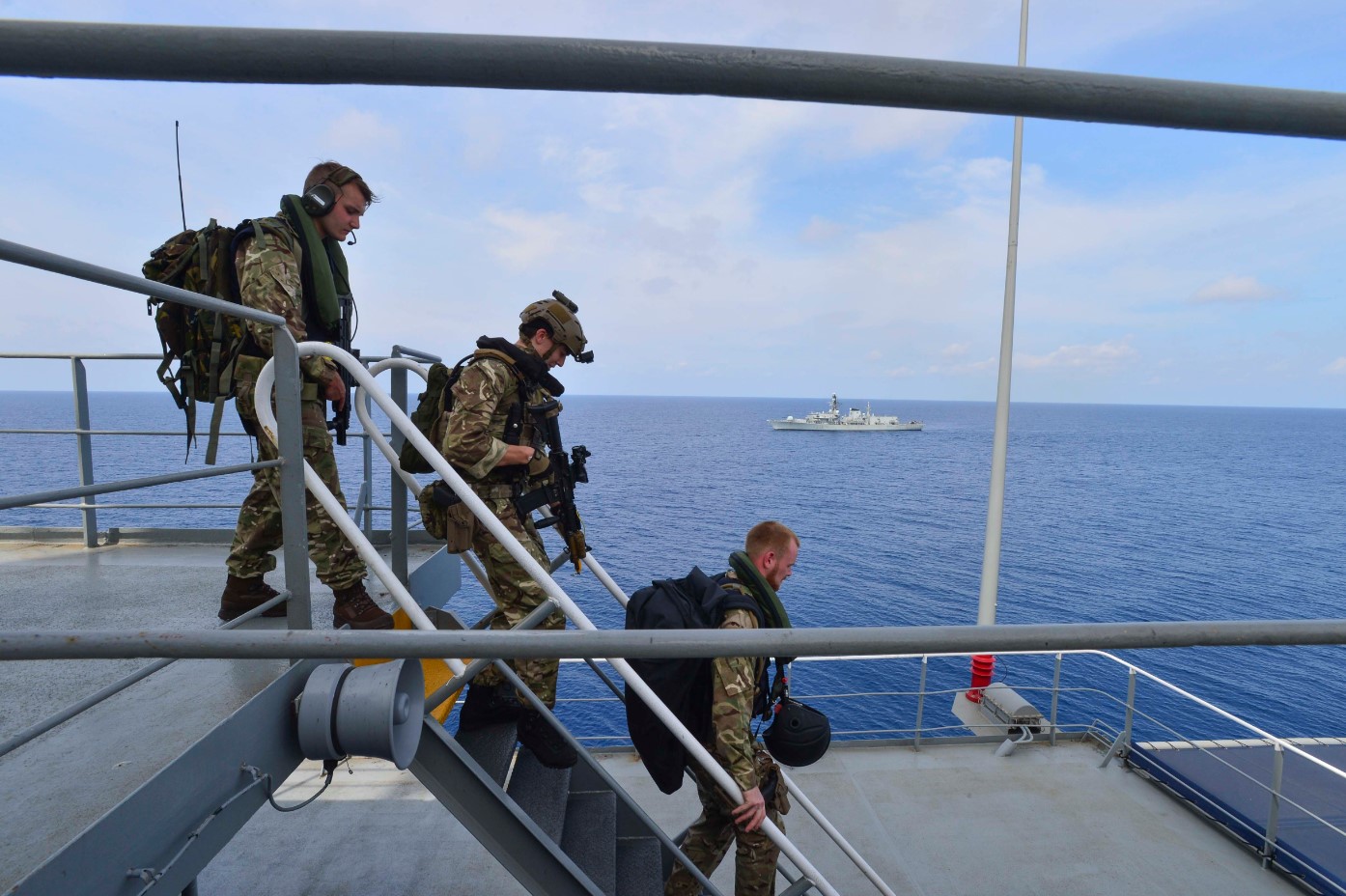 US Navy fleet replenishment oiler USNS Guadalupe (T-AO 200) and Royal Navy frigate HMS Montrose (F236) met up in the South China Sea on February 18 for a series of maritime security and logistics training.

The ships also practiced replenishment at sea using NATO procedures, which ensured that the two ships, despite never having working together before, could safely and efficiently transfer fuel while underway.

“This was a valuable exercise for us, keeping our integrated Royal Navy and Royal Marines boarding team sharp and ready to deliver any mission assigned to them,” said Cmdr. Conor O’Neill, commanding officer of HMS Montrose.

This is the third cooperative deployment between the US Navy and the Royal Navy in as many months.

USS McCampbell (DDG 85) and HMS Argyll (F231) operated together in the South China Sea in January, and a trilateral anti-submarine warfare exercise was held between the US Navy, Royal Navy, and Japan Maritime Self Defense Force Dec. 21-22.

HMS Montrose is several months into a three-year deployment to the Middle East.

Guadalupe, the 14th Henry J. Kaiser-class replenishment oiler, is conducting routine operations in the US 7th Fleet area of responsibility.