The Royal Norwegian Navy’s sunken frigate HNoMS Helge Ingstad arrived at the main navy base aboard submersible barge “Boa barge 33” on Sunday, marking the end of a successful salvage operation.

The frigate was transported to the Haakonsvern navy base from the sea floor of Hjeltefjorden fjord where she spent almost four months after colliding with commercial tanker Sola TS on November 8, 2018.

The lifting and transport operation started on February 26 after extensive preparation work which included the removal of missiles and torpedoes from the submerged vessel.

A day after the lifting kicked off, heavy lift vessel operator BOA Management and Norwegian authorities decided to move the operation from Hjeltefjorden to Hanøytangen with the aim of avoiding heavy swells that could endanger the success of the operation. Even with this unplanned undertaking, the frigate arrived at the navy base within the estimated time period.

Now that the operation has been deemed a success, the navy will hold a press conference where details about the frigate’s future could be revealed. Photos of the frigate as it emerged from below the surface indicate that the time spent on the sea floor took a heavy toll on the ship. 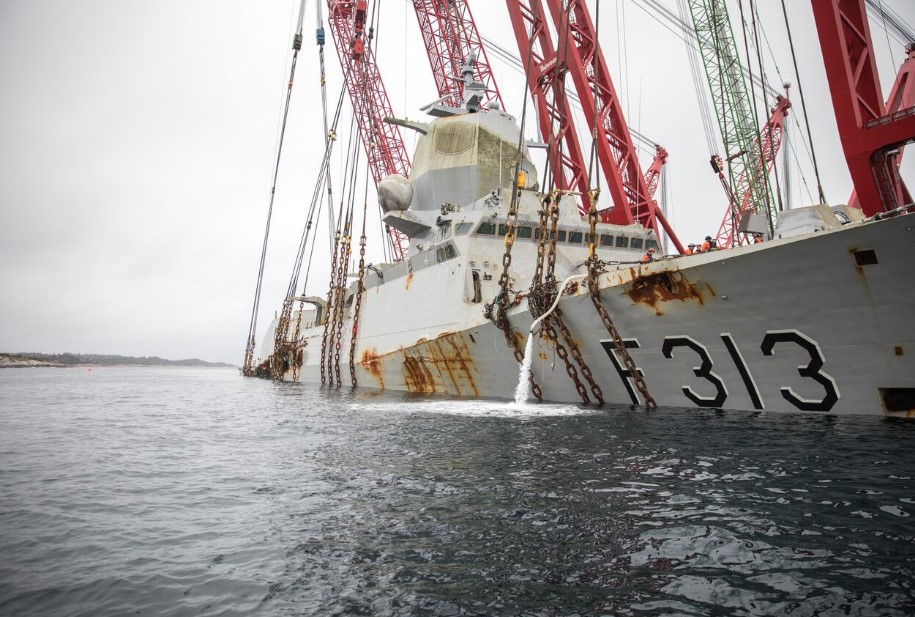 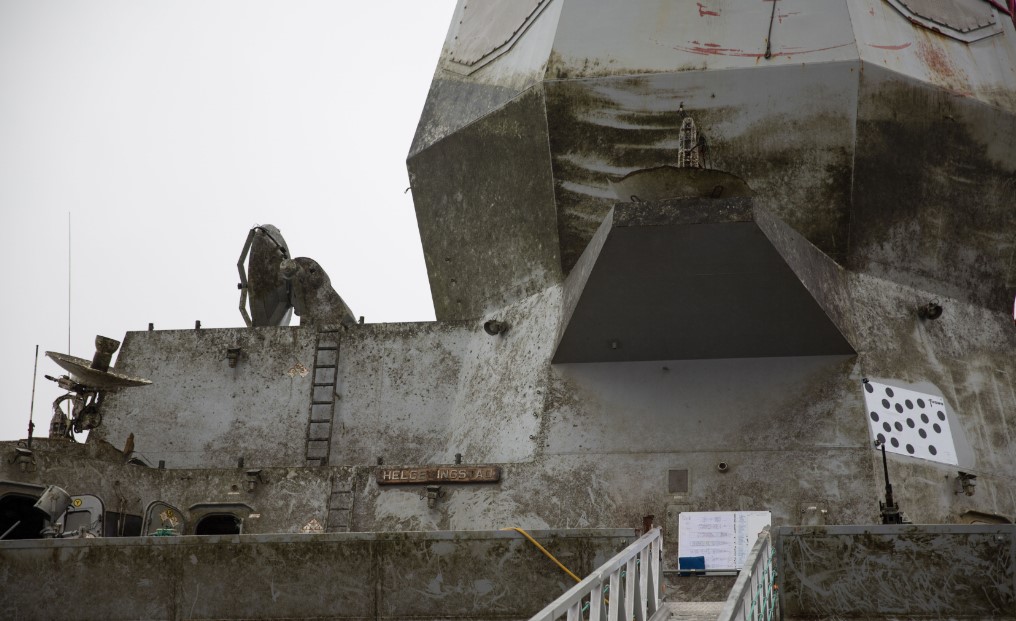 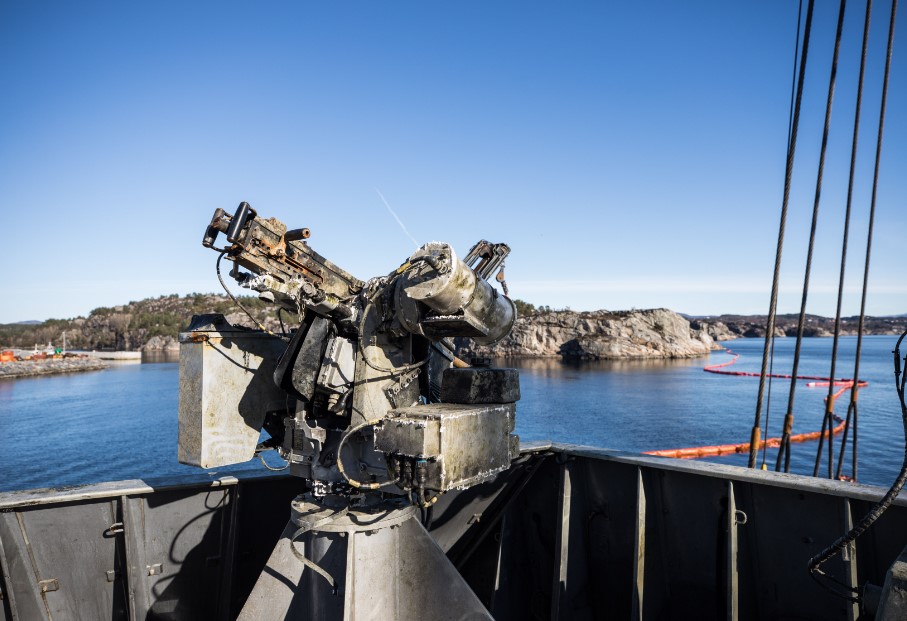 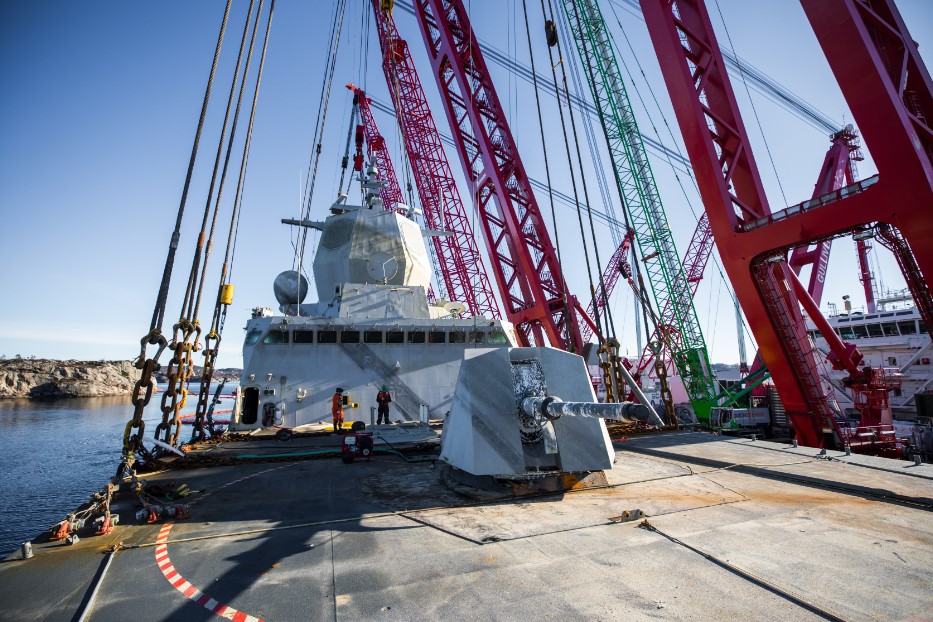