The French Navy’s sixth FREMM frigate Normandie returned from her first sea trials in late February, achieving the milestone a year after being launched at Naval Group’s Lorient shipyard.

The anti-submarine warfare configured frigate tested propulsion and navigation system during the first underway and came a step closer to the scheduled summer 2019 delivery to the navy.

Further tests and trials of various systems, including the Combat Management System, will continue in the coming weeks.

The French Navy has so far received five frigates in the class, Aquitaine, Provence, Languedoc, Auvergne and Bretagne, and will operate a total of eight units. The remaining three ships, Normandy, Alsace and Lorraine, are scheduled to follow between 2019 and 2023. The final two ships are to have enhanced air-defense capabilities. 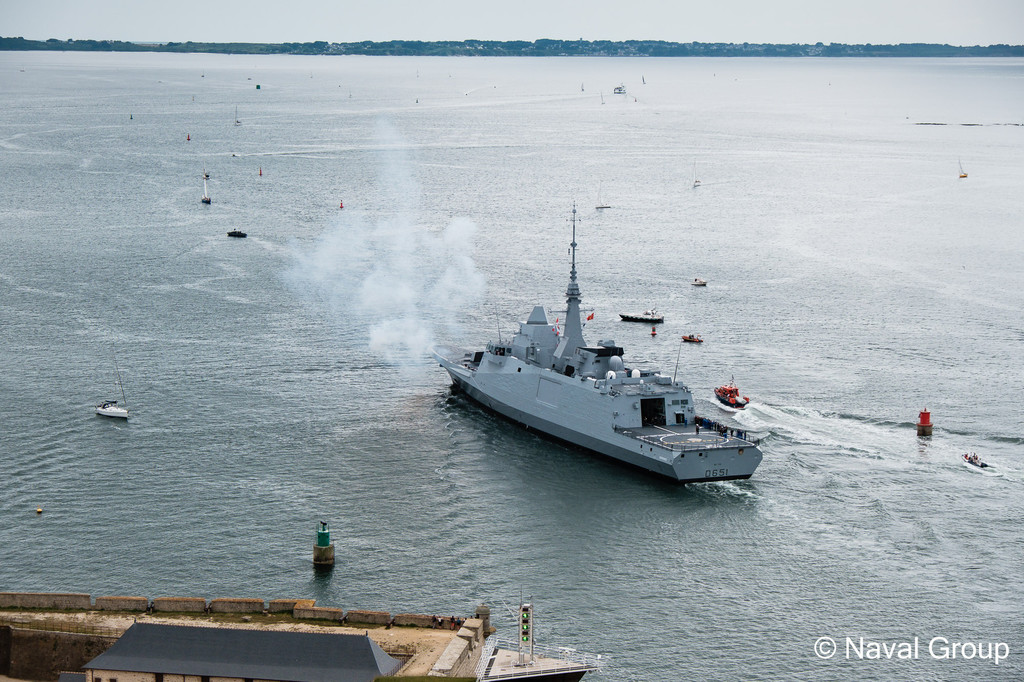