Donald Cook began its patrol Nov. 17, 2018 to conduct naval operations in the US 6th Fleet area of operations in support of US national security interests in Europe and Africa.

During the first half of its patrol, Donald Cook conducted maritime operations with the Harry S. Truman Carrier Strike Group (CSG) and participated in at-sea exercises with units from the Tunisian, French and Turkish navies. The ship then returned to Rota for a training and maintenance availability period.

Following its brief return to Rota, the ship entered the Black Sea Jan. 19, 2019 to conduct maritime security operations and enhance regional maritime stability, and combined readiness and naval capability with NATO allies and partners in the region.

While in the Black Sea, Donald Cook conducted training at sea with cutters from the Georgian Coast Guard after completing a port visit in Batumi, Georgia. During the port visit, a reception was held aboard the ship for the US ambassador to Georgia, Ross Wilson.

Donald Cook returned to the Mediterranean and made a port visit in Toulon, France, before integrating with the Charles de Gaulle CSG during exercise FANAL 2019. FANAL was the last segment of the operational training period for the strike group. The exercise included CSG operations across all maritime warfare disciplines, enhancing tactical-level skills and promoting maritime interoperability between participant naval forces.

“We had a number of firsts on this patrol, including participation in a French Carrier Strike Group’s final certification event, interoperability exercises with six nations, and a variety of geopolitically significant port visits across Europe and North Africa,” said Cmdr. Matthew Powel, commanding officer of Donald Cook. “This operational pace can take a serious toll on the crew, and I couldn’t be more proud of their professional performance.”

Donald Cook traveled through the Turkish Straits, enroute to the Black Sea for the second time of its patrol on Feb. 19, 2019. During this period, the ship participated in a maritime exercise with the Turkish navy, then made a port visit to Odesa, Ukraine.

In Odesa, the ship hosted senior-level government discussion between US, Ukrainian and other European representatives, including Ukrainian President Petro Poroshenko, US Ambassador to Ukraine Marie Yovanovitch, US Special Representative for Ukraine Negotiations Ambassador Kurt Volker, US Ambassador to the European Union Gordon Sondland, and US European Command Civilian Deputy to the Commander Ambassador Philip Reeker.

After the Odesa port visit concluded, the ship returned to the Mediterranean on March 1 and headed west to Algiers, Algeria.

During the port visit, Adm. James G. Foggo III, commander, US Naval Forces Europe-Africa, and commander, Allied Joint Force Command Naples, Italy, embarked the ship to meet with local officials and to speak with the crew. Following the ship’s departure from Algiers it participated in a passing exercise with the Algerian coast guard. 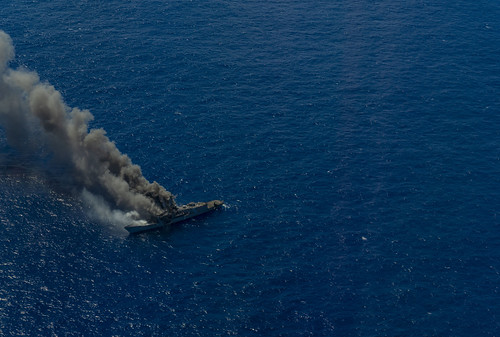 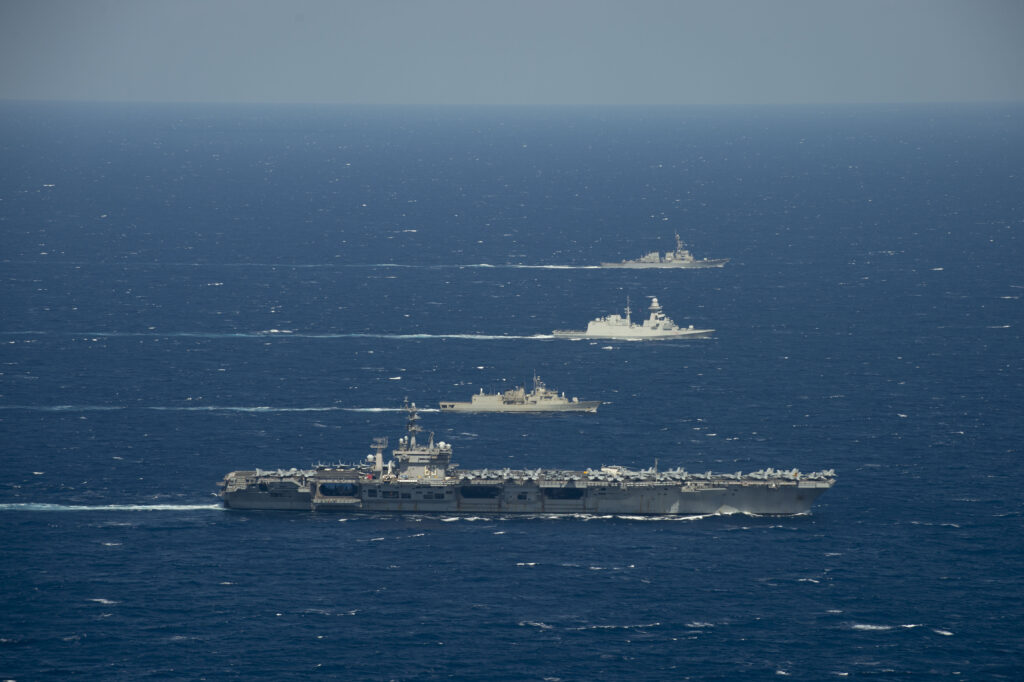