As explained, the defense ministry was able to streamline a technical upgrade to the ship during its build at the Osborne Naval Shipyard in South Australia.

“Structural modifications to accommodate the MH-60R ‘Romeo’ helicopter into the Hobart-class were planned to be completed after operational acceptance trials, but an opportunity was identified to bring the aviation upgrade forward,” Australian defense minister Christopher Pyne said.

“The upgrade to the ship’s infrastructure to support the Romeo, the Royal Australian Navy’s next generation maritime combat helicopter, will make it Australia’s most advanced warship.”

the completion of the aviation upgrade during the ship’s build presents significant value for money.

“The opportunity for the AWD Alliance to complete the work while the ship is still in-build is testament to the skill and efficiency of the 400-strong shipbuilding workforce at Osborne,” defense industry minister Linda Reynolds said.

NUSHIP Sydney is the third and final destroyer in the class. The ship was launched in a ceremony on May 19, 2018 and is scheduled to be delivered to the Royal Australian Navy in 2019.

The ships are over 140 meters long, have a top speed of more than 28 knots, a range of about 5000 nautical miles and room for more than 200 crew members. 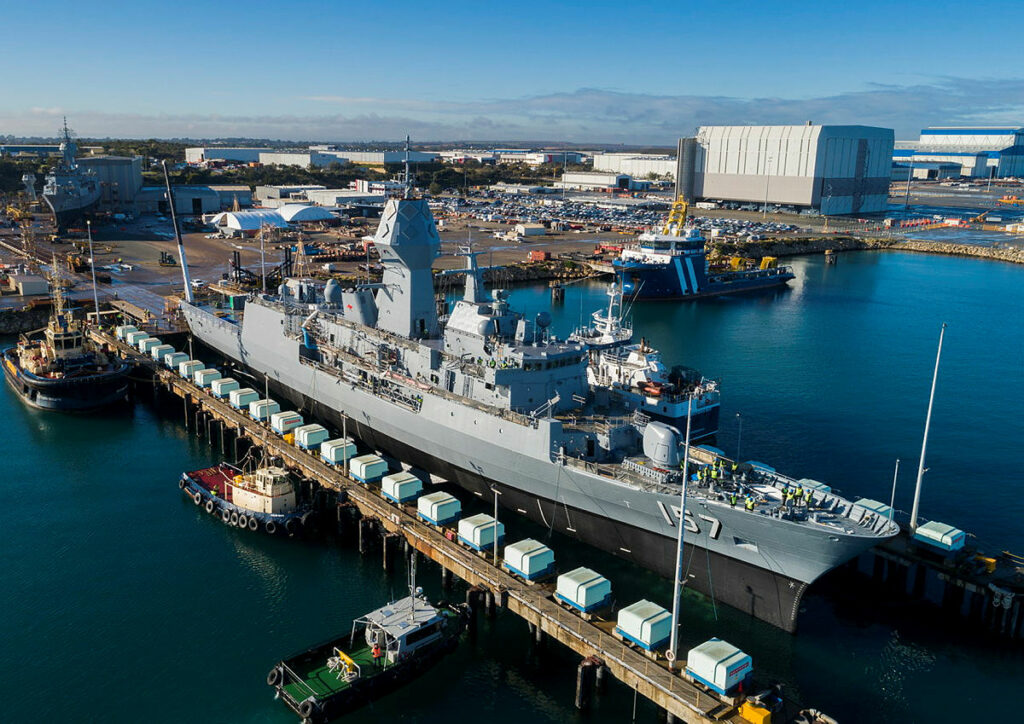