BRP Jose Rizal is the first of two 2,600-ton units built under the Frigate Acquisition Project (FAP) after a contract was signed in 2016.

The 107-meter general-purpose ships will have a complement of 110 and will be capable of performing anti-air, anti-surface and anti-submarine warfare.

The launching ceremony for BRP Jose Rizal was also used to mark the keel-laying for BRP Antonio Luna after the first steel for the ship was cut in September 2018. 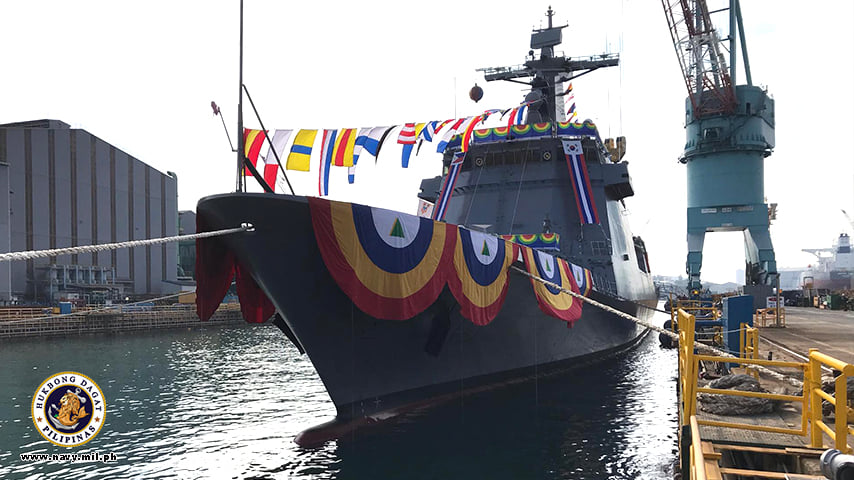