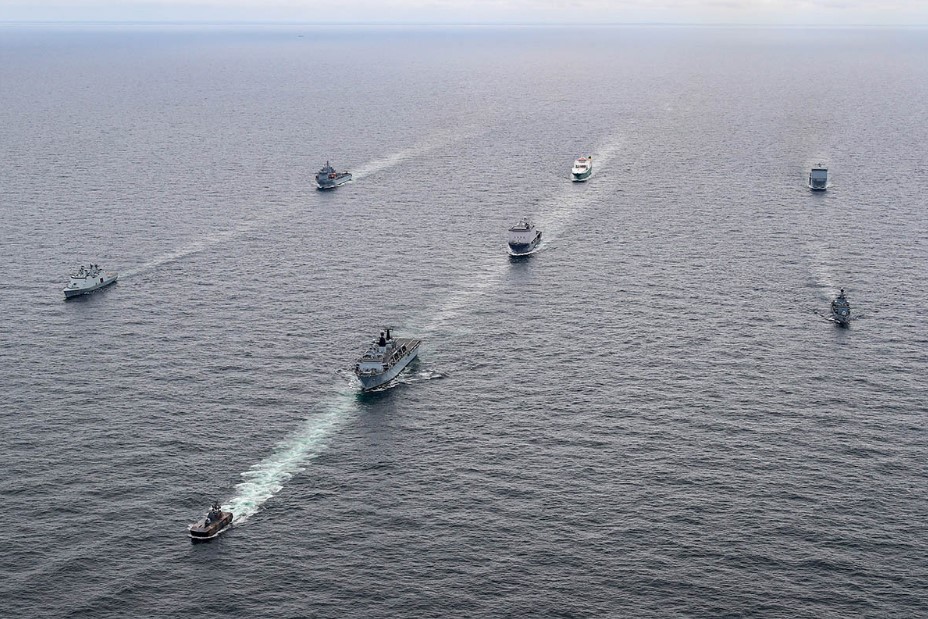 A nine-ship task group has gathered off the Danish coast to start operations as part of a UK-led Joint Expeditionary Force.

The group will work together in the first act of the two-month-long Operation Baltic Protector, designed to demonstrate the resolve of the UK, its allies and nations in the region to defend the sea and countries which border it.

The amphibious forces – led by 540 Royal Marines of 45 Commando, the UK’s on-call unit to deal with international crises, plus a raiding company of Dutch marines – have been put ashore in western Denmark by helicopters and landing craft.

“The first week of Baltic Protector has focused on integrating forces from across the Joint Expeditionary Force into a single amphibious task group,” said Brigadier Matt Jackson, leading the Royal Marines of 3 Commando Brigade.

“One of the deployment’s main objectives is to develop our ability to do this quickly and effectively during a crisis.

“Our navies are used to working together and have a shared history of military operations – I’m very conscious that we are nearing the 75th anniversary of D-Day, and it is also precisely 100 years since the Royal Navy played a decisive role in Baltic independence.

Once exercises in Jutland are complete, the emphasis shifts to the main annual military exercise in the region, the US-led Baltops, which has been running since the 1970s.

At its peak the Baltic Protector deployment will include more than 3,800 personnel and up to 20 ships. 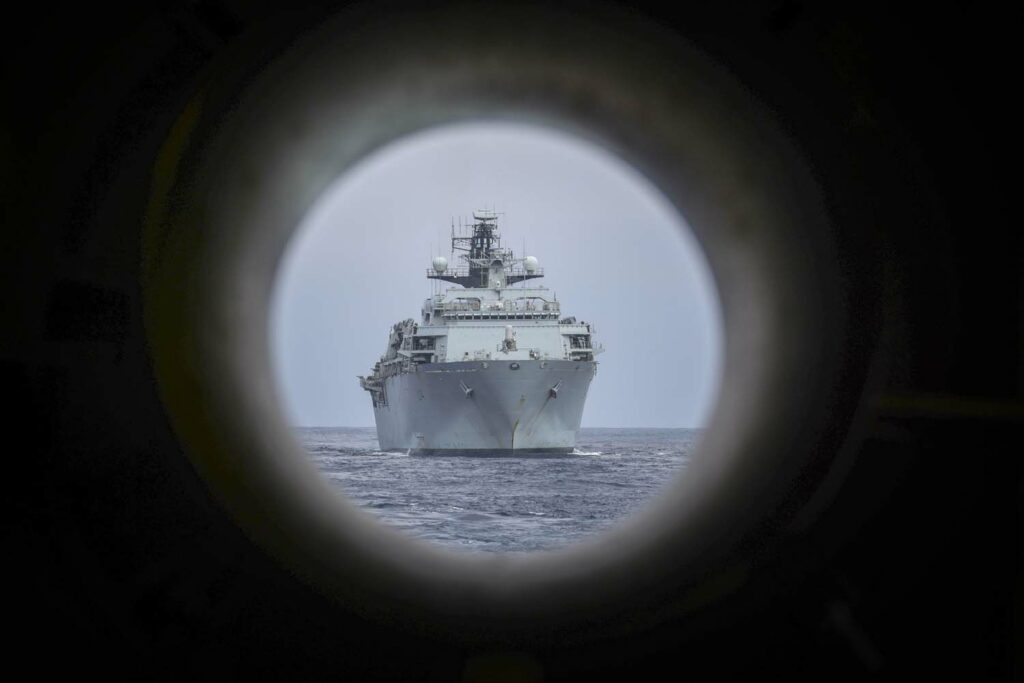 HMS Queen Elizabeth to replace broken down HMS Prince of Wales on US mission
Posted: 2 months ago
Royal Navy joins one of largest exercises in Pacific for 1st time
Posted: 15 days ago
Royal Marines conduct amphibious exercises ahead of Mediterranean ops
Posted: 4 months ago
Related news