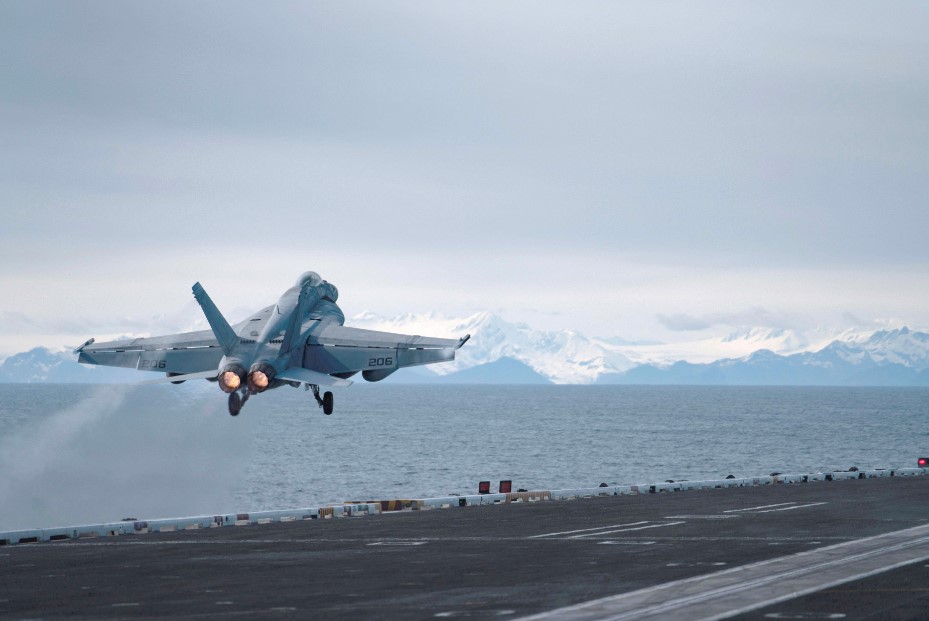 US Navy assets were joined by US Air Force, US Army, and Marine Corps service members for the biannual exercise Northern Edge 2019 (NE19)

The exercise ran from May 13–24 and was designed to prepare joint forces to respond to crises in the Indo-Pacific. More than 10,000 service members and approximately 250 aircraft from the Air Force, Army, Marines, and Navy, from active duty, reserve, and National Guard units, participated in the exercise.

The last time an aircraft carrier participated in Northern Edge was 2009.

“This is a very demanding operating area and not something we’re used to,” said Capt. David Fowler, commodore, Destroyer Squadron 23. “We, as a navy, need to get acclimated to these regions and work in a joint environment to gain a better appreciation for what our sister services do and what they bring to the table, because should we ever need to truly defend our nation against adversaries, it is going to take all of us working together to achieve that objective.”

“Northern Edge was special because it took the Theodore Roosevelt carrier strike group away from our home waters into an operating area we’re not used to exercising in,” said Rear Adm. Daniel Dwyer, Commander, CSG-9. “The training we received in the Gulf of Alaska will make our strike group a more capable, ready, and lethal naval force.”

“We had a great opportunity to train as a joint force in a new environment, hone our lethality, and our ability to communicate and operate in a new domain,” said Capt. Carlos Sardiello, commanding officer of Theodore Roosevelt. “Roosevelt training [in the Gulf of Alaska] helps us to be ready to go wherever, whenever we need to, to operate as a joint force.”

The Navy is deepening its commitments to Artic security and operations in Alaska. The US is an Artic nation and it is incumbent on the Navy to be ready to operate in this part of the world to ensure freedom of navigation and that the Artic remains conflict free, according to Dwyer.

“For us to travel from our home waters to the Gulf of Alaska and compete at the highest end of naval combat in this unique and very challenging environment is incredibly impressive,” said Dwyer.

Photo: An F/A-18E Super Hornet assigned to the "Tomcatters" of Strike Fighter Squadron (VFA) 31 launches from the flight deck of the aircraft carrier USS Theodore Roosevelt (CVN 71) while participating in Exercise Northern Edge 2019. Photo: US Navy