The US Navy’s second Ford-class aircraft carrier, the future USS John F. Kennedy (CVN 79), received the flight deck island in a May 29 ceremony that coincided with the birthday of the ship’s namesake.

“Landing the island is a key milestone in preparing the ship for launch in the fall,” said Jennifer Boykin, president of Newport News Shipbuilding.

The 588-ton island, which will serve as the command-and-control center for flight deck operations, is one of the last steel structures, known as a superlift, to be placed onto the ship, signifying that Kennedy is one step closer to being launched.

The ship is being built in sections with more outfitted equipment—valves, pipe, electrical panels, mounting studs, lighting, ventilation and other components—than any other aircraft carrier built at Newport News. The use of new technologies, including digital work instructions that provide shipbuilders digital 3-D data versus traditional paper drawings, has increased efficiency and productivity, the shipbuilder says.

With the island, Kennedy is more than 90% structurally complete. The island stands 72 feet above the flight deck and is 56 feet long and 33 feet wide.

In keeping with the Navy tradition, Capt. Todd Marzano, the ship’s prospective commanding officer, placed his aviator wings underneath the island during the ceremony. This custom, known as mast-stepping, recognizes an ancient maritime custom of placing a coin at the base of a mast of a ship under construction to bring good fortune.

“It’s an absolute honor and privilege to be selected as the first commanding officer of the new aircraft carrier John F. Kennedy, and I’m truly humbled to be joining such an impressive team of highly talented shipbuilders who have worked so hard to make this historic event possible,” Marzano said. “Landing the island on the flight deck is a significant construction milestone, bringing John F. Kennedy one very important step closer to being commissioned into the fleet, where its value to our nation cannot be overstated.”

Kennedy is scheduled to move from the dry dock to an outfitting berth in the fourth quarter of 2019, three months ahead of schedule. The ship’s christening is planned for later this year. 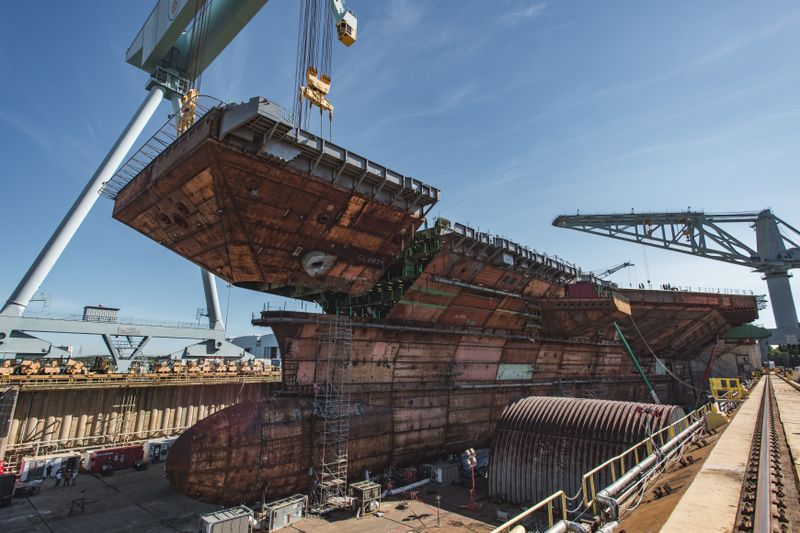 Watch as the last piece of a US aircraft carrier’s flight deck is installed
Posted: about 1 year ago
HII: Aircraft carrier Kennedy to be christened by end 2019
Posted: over 2 years ago
US Navy to christen new Ford-class carrier John F. Kennedy
Posted: 8 months ago
Advertisement 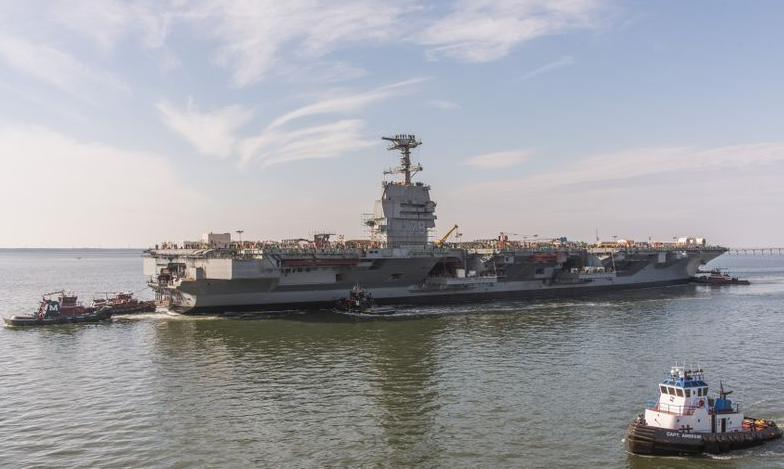