The launching ceremony took place at Fincantieri’s shipyard in Muggiano, La Spezia, in the presence of Italian defense minister Elisabetta Trenta, and the Chief of Staff of the Italian Navy, Admiral Valter Girardelli, among others.

As the first of seven units, Paolo Thaon di Revel will be delivered in 2021 and is part of the Italian Navy’s fleet renewal plan which started in May 2015.

PPA ships will be capable of executing a range of missions, from patrol with sea rescue capacity to combat tasks, thanks to three different configurations.

The “Light” configuration for patrolling tasks contains basic self-defense capabilities, the “Light+” adds the anti-air capabilities while the “full” version is capable of handling three-dimensional threats (air, surface and underwater).

The Light version has a complete set of artillery and is developed with the “fitted for” approach that makes it able to quickly deploy growing operational capabilities. The Light+ version adds the missile firing capability with actuators planned also for ballistic missile defense. The Full version will be able to operate in every naval warfare domain, such as AAW, ASW and ASuW.

The vessel is also capable of operating RHIBs (Rigid Hull Inflatable Boats) up to 11 meters long through lateral cranes or a hauling ramp located at the far stern.

The 132.5-meter long ship will be crewed by 171 persons and achieve speeds of over 31 knots, according to Fincantieri.

Equipped with a combined diesel and gas turbine plant (CODAG) and an electric propulsion system, the ship will have capacity to provide electricity to land with 2000 kw of power while two modular zones at the stern and at the center of the ship will allow the embarking of various types of containerized operating/logistic/residential/healthcare modules. 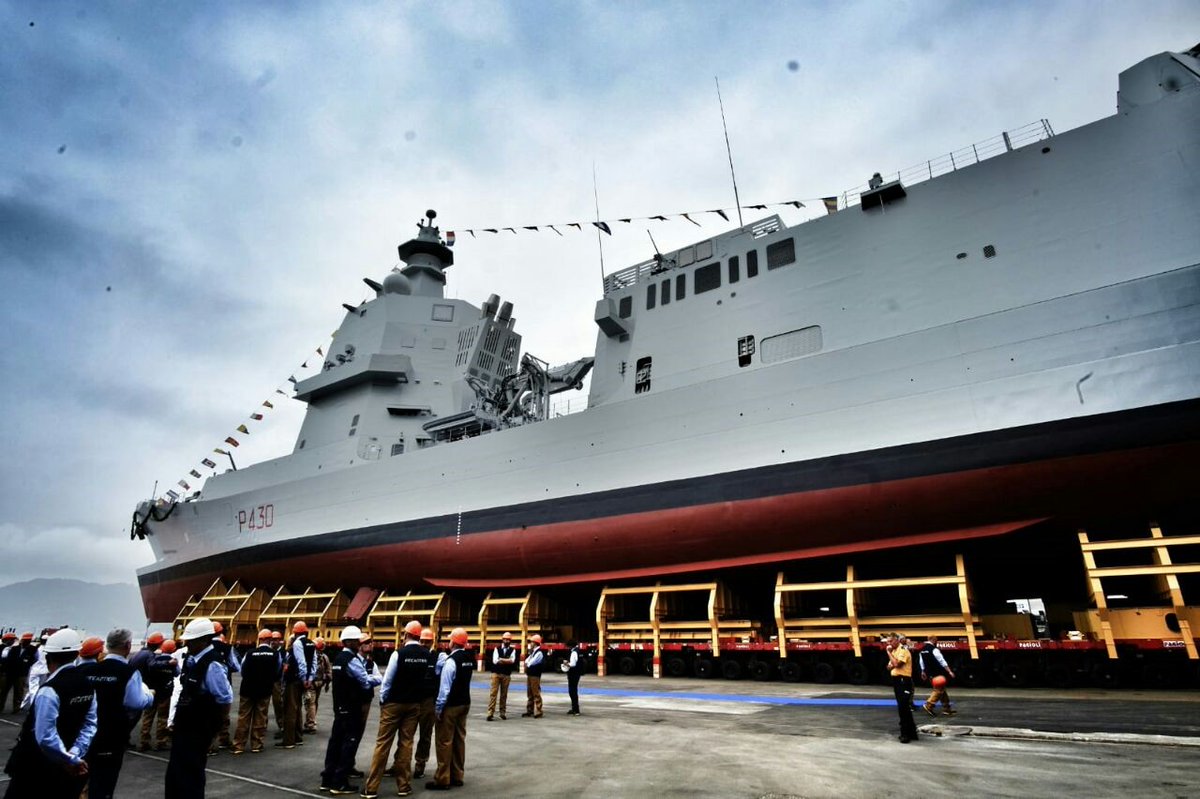