US Navy tests laser-based ALMDS mine warfare system during BALTOPS

“You should not underestimate the significance of this deployment for this squadron or naval aviation or the littoral combat ship platform,” said Vice Adm. Andrew Lewis, commander of US Second Fleet, who is leading BALTOPS 2019 on behalf of Commander, Naval Forces Europe.

“In concert with our partners and allies, this is a real opportunity to up the game from an airborne mine countermeasures perspective,” he said. “We have not done this kind of thing in a long time. There is a lot that we can learn in the theater on both the capability side and on the exercise side. But it starts by being in the region — you have to do it here.”

ALMDS and AMNS-AF are each operated from the MH-60S helicopter. ALMDS is a laser-based, high-area-coverage system that uses streak-tube imaging light detection and ranging (LIDAR) to detect, classify and localize near-surface, moored mines.

“So ultimately at the end of this exercise, we are looking to build upon the experience that we’ve developed over the last few months as well as capitalize on building partnerships with some of our coalition nations that are out here participating in BALTOPS 2019. Ultimately to provide airborne mine countermeasures capability to the fleet and theatre commanders in this AOR and around the world,” said Lt. Cmdr. Daniel Claytor, officer in charge of the squadron’s detachment three.

ALMDS and AMNS-AF are programs managed by the Mine Warfare Program Office (PMS 495) in Program Executive Office Unmanned and Small Combatants. All AMCM mission modules (near-surface detection, coastal mine reconnaissance and airborne mine neutralization) that are part of the MCM Mission Package are certified for deployment on the Independence-variant littoral combat ships (LCSs) and the program is on track to certify all AMCM mission modules on Freedom-variant LCSs in 2019.

“The knowledge gained from BALTOPS 2019 will be given to our leadership to provide the highest level of mine countermeasure operations for Fleet and theater commanders. There is a lot of value in this exercise as it supports not only our US capability, but our work with partner nations in the mine warfare space,” explained Claytor.

Photo: An aircrewman operates the common console, used for both Airborne Laser Mine Detection System (ALMDS) (pictured) and the Airborne Mine Neutralization System (AMNS), aboard a MH-60S Sea Hawk helicopter. Photo: US Navy 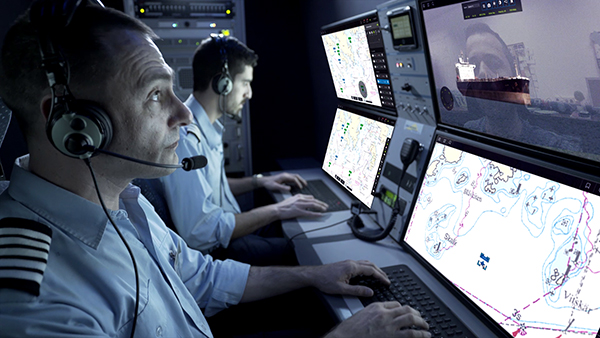